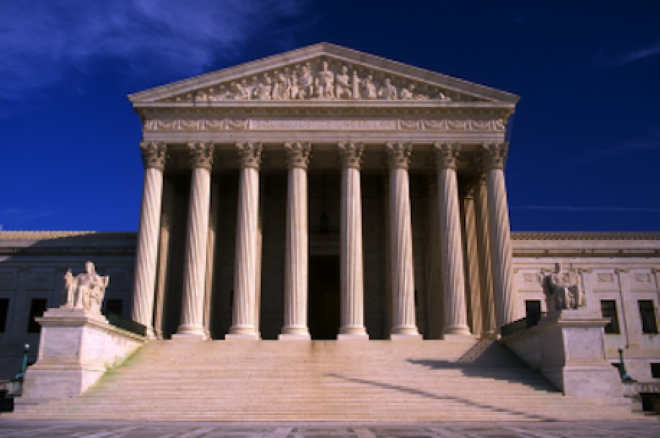 New Jersey State Sen. Raymond Lesniak is concerned that Gov. Chris Christie's political ambitions are getting in the way of his previous support for Internet gambling legislation in the state.

"He certainly is wavering in his support and it is my belief that it is because of presidential politics, because of strong opposition from [Sheldon] Adelson who is a big Republican donor," Lesniak told PokerNews in a phone interview. "[State Sen. Jim] Whalen and I had a meeting with [Christie's] staff at the end of April to discuss technical amendments to get the bill in its final form, and one of his staff members said they were getting a lot of opposition to this from a lot of powerful people. I'm pretty good at math and put two and two together."

Christie, who was considered a potential presidential candidate for the Republicans before opting not to run, is among the names being thrown around as a possible running mate for Republican presidential nominee Mitt Romney. Or he could get a position in Romney's administration if the former Massachusetts governor is successful in November.

Romney spoke out against online gaming in February prior to the Nevada caucus. Adelson, chairman of Las Vegas Sands, is one of the few casino executives who remains opposed to Internet poker.

Although he vetoed Internet gambling legislation last year, Christie indicated in January that he had come around on the idea of allowing Atlantic City casinos to host online gambling websites. That encouraged Lesniak to reintroduce his bill with a few tweaks to address Christie's concerns that commercial establishments outside of Atlantic City could become centers for online gaming.

Lesniak plans to forge ahead with getting the bill through the state legislature. The Assembly Regulatory Oversight and Gaming Committee advanced the bill Thursday morning.

The bill has already passed through the committee level on the Senate side, and Lesniak reaffirmed that it will be voted on in the Senate on May 31. If the bill doesn't get through both branches by the end of June, it will make for a long wait. The New Jersey legislature is taking July and August off for a summer break.

Although Christie's wavering could affect Republican votes, Lesniak said they aren't needed for the bill to pass in the Democrat-controlled New Jersey legislature.

"We'll have it on his desk before the end of June," Lesniak said. "He'll have to fish or cut bait at that time."

There have been some positive developments for Internet poker in New Jersey. Caesars Entertainment, which Lesniak had blamed for influencing Christie's veto, appears to have come around on offering online poker within the state. Gary Loveman, the casino company's chairman, spoke positively about New Jersey's online gaming prospects in a conference call addressing Caesars' first-quarter earnings at the beginning of the month.

Lesniak said that the Casino Association of New Jersey also came out in strong support of the legislation last week. He is hopeful that this overwhelming support from the casino industry within the state will lead to Christie signing the bill once it hits his desk this time around.

"I think at the end Gov. Christie has to be more concerned about the future of Atlantic City than how this adversely affects support for his national political ambitions," Lesniak said. "He can always legitimately say, 'I did what was right for my state. I'm not asking any other state to do it. I wouldn't support it at the federal level, but for New Jersey it's the right thing to do.'"