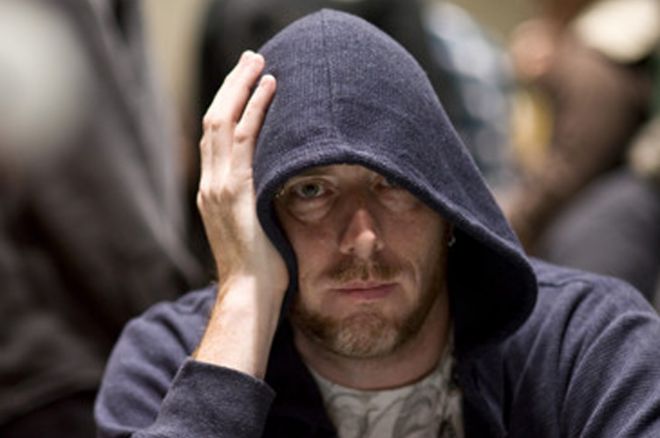 On Friday, the New Jersey State Police and the New Jersey Division of Gaming Enforcement (DGE) announced that 2.7 million in counterfeit chips from Borgata Hotel Casino & Spa were discovered in a clogged sewer pipe at Harrah's Resort and Casino last weekend.

Prior to the blockage, the Borgata Winter Poker Open $2 Million Guarantee was suspended, and ultimately cancelled, after the staff discovered counterfeit chips.

An investigation revealed that Christian Lusardi, 42, was staying in the room where the pipes were clogged. Police say that Lusardi, who entered Day 2 of the event with the chip lead, introduced the counterfeits into the tournament multiple times. He was eliminated on Day 2, earning only "$6,814" according to The Press of Atlantic City.

"We are very pleased that the New Jersey State Police Casino Gaming Bureau has apprehended a suspect in connection with the counterfeit chip activity that compromised Event 1 of the Borgata Poker Open," Borgata senior vice president Joe Lupo told the Associated Press. "While this is a very positive development, the investigation by the (Division of Gaming Enforcement) and the state police is ongoing."

The DGE is unsure what will be done with the remaining 27 players and the unpaid prize pool.

"The division is committed to ensuring confidence and integrity in all gaming operations and will continue to work with Borgata and the New Jersey State Police until this case is closed," it said in a statement.

Lusardi left Harrah's last weekend and a warrant was issued, charging him with rigging a publicly exhibited contest, criminal attempt, and theft by deception. He was found at an undisclosed motel in Atlantic City on Friday, and was taken to the Atlantic County Justice Facility. His bail is set at $300,000.

This isn't Lusardi's first run in with authorities. In 2008, in his hometown of Fayetteville, North Carolina, his house was raided in an illegal gambling bust. He was charged with gambling and illegal alcohol sales.