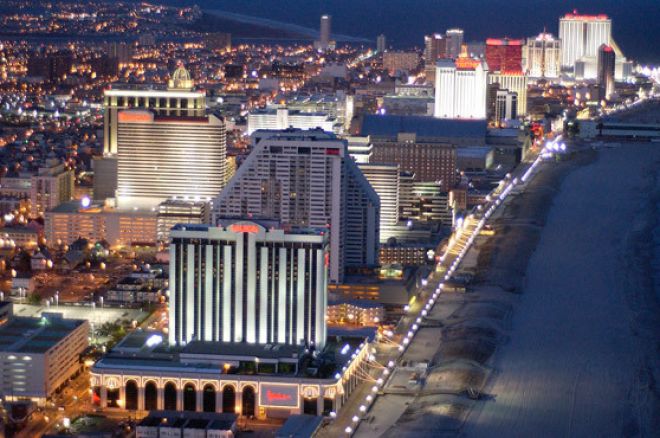 PokerNews contributor and East Coast-based attorney Maurice “Mac” VerStandig is an expert on the American gaming scene. Well-versed in casino management from common issues of fraud and theft prevention to the Unlawful Internet Gambling Enforcement Act and Indian Gaming Regulatory Act, VerStandig has a strong background in bankruptcy work and is also skilled in the strategic valuation and monetizing of complex assets. He applies that knowledge to all areas of his practice, from fraud recoveries to traditional insolvency proceedings. Here, VerStandig takes a look at the bankruptcies of the Revel and Showboat and what impact they'll have on the future of Atlantic City.

Though unlikely a cognizant act of casino martyrdom, the Showboat, the geographically penultimate gaming hub on Atlantic City’s famed boardwalk, may well have saved Revel, the now-bankrupt skyscraper occupying the town’s northernmost gambling real estate. As far as neighbors go, the two establishments have little commonality, and as far as demises go, the two parlors’ relative fates share even less overlap. But if Revel is to successfully escape the tatters of insolvency, it will almost assuredly have the soon-to-be-deceased casino next door to thank.

By way of a recap, in just over a week the New Jersey gaming establishment has been twice rocked - first by news that Revel, for the second time in as many years, has petitioned for Chapter 11 bankruptcy relief; and second by news that the Showboat will be closing its doors at the end of August. Neither bulletin meets the rigorous criteria of being genuinely unexpected, but in a beachfront community where rumors of economic demise are as plentiful as the seashells, it is nonetheless shocking to face the hard epiphanies that necessarily follow the failure of multiple casinos. Consider, too, that annual Labor Day tourists are yet to visit Atlantic City since the closing of its southernmost gaming hub - the Atlantic Club having boarded up this past winter - and the compressed since of shock is only amplified.

Considering first the Revel bankruptcy, it is important to appreciate that Chapter 11 is the least fatalistic form of corporate insolvency. While an entity parading into Chapter 7 has resolved to liquidate its assets in full and pay to its creditors what little proceeds may result, an entity in Chapter 11 is seeking only to reorganize, essentially weaponizing the debtor-friendly allowances of the Bankruptcy Code in an effort to minimize its debts, streamline its operations, and eventually emerge as a more fiscally sound corporate resident.

In reality, many Chapter 11 cases are eventually converted into Chapter 7 cases - debtors unable to bring their affairs in order, even with the powers of a bankruptcy court at hand, ultimately move into liquidation. And other Chapter 11 proceedings end with what are colloquially known as “plans of liquidation,” where the debtor never abandons the form of a Chapter 11 case, but ultimately concedes that its only sensible form of “reorganization” is to entertain the strategic sale of all its assets. Yet some Chapter 11 cases are successful, and amongst the blue chip tickertape on a CNBC screen can be found various entities that once used the tools of bankruptcy to escape ruin.

As for the precise makeup of those tools, they are as varied as they are powerful. Initially, the Bankruptcy Code offers a forceful repellant to creditors nearing the palace gates, as an automatic stay of all actions outside the insolvency proceedings serves to stop collection actions in their tracks. Yet, more powerful perhaps, especially in the case of Revel, is the ability of a debtor, under certain circumstances, to back out of contracts by which it is otherwise bound - above-market vendor deals, poorly-priced bulk catering agreements, and other obligations capable of destroying precious cash flow margins, can often be reexamined, renegotiated, and bid out in a bankruptcy proceeding.

Moreover, creditors holding unsecured debts can see their obligations marked down - potentially even eliminated altogether - as part of a bankruptcy reorganization plan, and with the help of creditors who realize that they have better collection prospects if Revel does not close its doors forever, other debts can be converted into equity interests. This is very much what brought Revel out of its first bankruptcy, as creditors suddenly became casino owners, but it still seems a trick unlikely to work the second time around.

Indeed, as Revel has itself made quite clear, the only real hope is for a buyer to emerge. While Revel may not be attractive without the aid of a bankruptcy court, as any buyer would assume a crushing degree of liabilities and a strained cash flow stream, the resort may well prove attractive to a buyer who sees the ability to eliminate unsecured debts, renegotiate contracts on more favorable terms, and work with secured creditors who are willing to mark down their debt to save the boardwalk’s newest casino from closure. After all, those security interests - especially when pegged to real estate and income streams - are barely worth the paper on which they are printed if the casino’s omnipresent stature becomes little more than a beachside tombstone.

And this is where the Showboat’s closure helps the most. Atlantic City’s boardwalk and marina districts were constructed in an era when New Jersey was the only serious gaming hub west of the Mississippi River. But with time, tax-hungry states have liberalized their views on casino development as their own coffers have required further padding. Pennsylvania, Delaware, and New York - all states bordering New Jersey - now each host an array of their own casinos. Other nearby states have also offered residents an opportunity to chance the fate of a slot machine, roll the dice, or play aces to the river, without having to trek too far. And while there has likely been some modest expansion in the overall demand for casino entertainment, as more people grow fond of the allure of a night at the tables, that demand trails significantly behind the expansion in supply.

The question, in purely economic terms, accordingly becomes just how much demand Atlantic City still possesses, and at what point the shrinking array of local gaming hubs will offer a supply capacity in sync with that demand. New Jersey has more favorable tax rates for casinos than many neighboring states, and the allure of a beachfront getaway - where it is socially acceptable to bring the entire family for a weekend - cannot be understated. So Atlantic City does not risk obsolescence; it only chances market-based downsizing. And that is precisely what the Showboat’s closure furnishes - a drop in supply that, whether directly or indirectly, necessarily benefits all other operators in the business of running casinos.

Still, the Showboat is hardly a gem of a venue, and its relatively feeble capacity is negligible when compared to the skyscraping hotel tower of the Revel next door. Nor are the two locales’ clientele overwhelmingly similar; Revel boasts of the newest guest rooms on the boardwalk, with ultra-modern amenities and a chic hotel atmosphere; the Showboat has long felt like a decaying Mardi Gras tribute, replete with borderline-antique fixtures and few standalone attractions (excepting a marvelous Asian bar neatly tucked off the casino floor). By way of a personal anecdote, and one I cannot say to be anything more than a twisted anomaly, I will long remember checking out of one of the casino’s marquee House of Blues hotel suites and casually mentioning to a disturbingly nonchalant front desk employee that there is a rat in the room.

Stories like that, many assuredly rife with exaggeration and imagination, long ago inflicted a fatal wound in the Showboat’s prospects of survival. Especially as other cities have peeled away at its core demographics, Atlantic City has become a resort town increasingly reliant upon the play of regulars; and, at least in poker circles, those regulars are rarely shy to swap notes on the ever-evolving state of local accommodations, comp offers, and off-boardwalk Italian restaurants.

Yet the critiques of Revel have almost uniformly concerned fodder of an easily-fixable nature. Few have decried the exquisite rooms, the flashy restaurants, or the vintage of fixtures. Rather, a stubborn no smoking policy (that has since been repealed), a deceptive comp offer that seemed to take slot players for suckers, and a poker room wanting for traffic in its obscure location amongst the casino’s rafters, all led patrons elsewhere. These are curable ills; and just as gossip can kill the foot traffic of a local operation, a few positive reviews can just as quickly bolster the same establishment’s patronage. The dusty ruins of the Trump Marina, with some renovations and new management, did not take long to become the much-ballyhooed Golden Nugget to which locals now flock.

At a certain price, Revel should sell - the building is simply too new and too pristine to not attract the fancy of a bargain-hunting casino operator looking for entry into an established market that offer the financial perks of online gaming. Innuendo suggests the Seminole Tribe would prove interested in affixing the Hard Rock label to Revel’s towering expanses at the right price; surely others would also seek to seize upon an appropriately-discounted opportunity.

And in bankruptcy, you can be sure that the opportunities will be heavily discounted. After all, things are rarely cheaper than when sold on the courthouse steps.

*Views expressed in this article are those of the author and not necessarily of PokerNews.