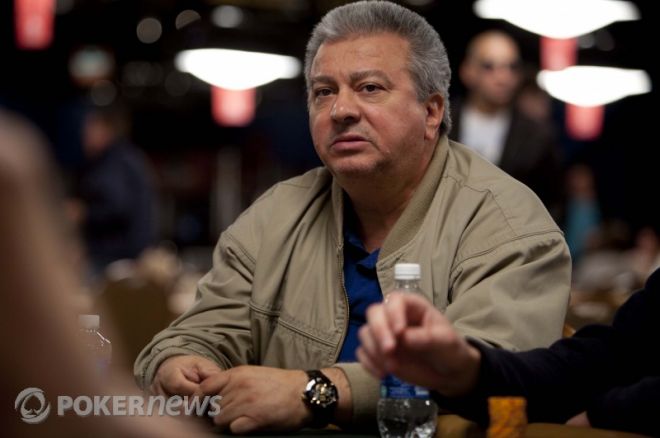 The story of Anargyros Karabourniotis, better known as Archie Karas, is the stuff of legends. From 1992 to 1994, Karas reportedly turned $50 into more than $40 million in what has become known as "The Run."

During that time, Karas defeated some of poker's best including Chip Reese, Doyle Brunson, and Stu Ungar, just to name a few; in fact, Johnny Chan was the only pro to beat Karas, reportedly taking $900,000 from the red-hot player. Karas' story has been well documented in PokerNews’ Sexton’s Corner series, which you can read by clicking here.

Unfortunately for Karas, his heater came to an end and he proceeded to lose everything back over the next two years. Now, nearly two decades later, Karas' fall from grace continues as he was placed in Nevada's "Black Book," officially known as Nevada's List of Excluded Persons.

According to the Las Vegas Review-Journal, the Nevada Gaming Commission (NGC) voted unanimously to make Karas, now 64, the 33rd person on the list. As a result, Karas, who did not show up at the hearing to defend himself, would face criminal charges if he were to enter a casino in Nevada.

Karas was included on the list for "numerous transgressions," the most recent of which came in September 2013 when he was arrested for allegedly cheating at blackjack at the Barona Casino in eastern San Diego. Karas was eventually found guilty and sentenced to three years of probation. Prior to that, Karas had been arrested four time in Nevada since 1988 for cheating at blackjack.

Karas has nearly $205,000 in lifetime tournament earnings and seven World Series of Poker cashes. The largest score of Karas' career came at the 2009 WSOP where he took fifth in the $10,000 World Championship No-Limit Deuce-to-Seven Draw for $53,783. Of course after being blacklisted, Karas won't be able to attend future WSOPs, which take place annually at the Rio All-Suite Hotel & Casino.

PLAY DAILY FANTASY SPORTS WITH NO SALARY CAP ON DRAFTPOT