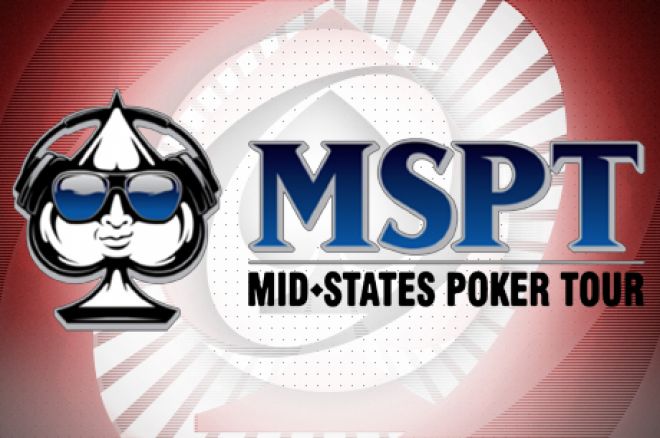 Season 6 of the Mid-States Poker Tour (MSPT) continues this weekend with a $300,000 guaranteed Main Event at Meskwaki Casino in Tama, Iowa – a tournament PokerNews will be live reporting – but it's never too early to look ahead to the next stop.

The PokerNews Live Reporting team will be on hand to capture all the action from the MSPT Golden Gates Main Event, and players will have the opportunity to use the MyStack app to update their hands and chip counts straight into the live blog.

The MSPT was last at Golden Gates back in March, which is when Kane Lai topped a field of 409 entrants to win a $101,365 first-place prize. Others at that final table included MSPT Team Pro Nick Pupillo (6th - $18,845) and Kevin Boudreau (7th - $15,076), whose recovery from a traumatic brain injury suffered during the 2013 World Series of Poker was nothing short of miraculous.

"We're looking forward to returning to Golden Gates Casino for the second time this year," said MSPT owner and operator Bryan Mileski. "The stop is a hit among players, and the venue is one of the most scenic stops on the tours. We'll no doubt smash the guarantee yet again!"

Here's a look at the upcoming MSPT Golden Gates schedule:

The Main Event will be held over three days beginning Thursday with Day 1a at 12 p.m. Day 1a will play 14 levels. Friday's Day 1b will also start at 12 p.m. and play 14 levels, and the same for Day 1c on Saturday. Players who advance from Day 1a are not eligible to play in Day 1b and so on. The remaining players from each flight will combine on Sunday morning at 12:00 p.m. and play until a champion is crowned. The Main Event final table will be broadcast live (15-minute delay) with hole cards worldwide on msptpoker.com and PokerNews.

"Our property sits in the center of Blackhawk’s casino district and is surrounded by the magnificent Rocky Mountains," Tony Niehaus, poker room manager at Golden Gates Casino, previously told PokerNews. "We also have a beautiful creek running alongside the property. The scenic views of Blackhawk are amazing and just a short drive on any road will lead to spectacular views and even natural wildlife sightings. Just up the street is old town Central City that brings an old western feel to gambling. The ski resorts are just a one-hour drive from the casinos and offer unmatched skiing and entertainment."

Here's a look at those who've capture titles in Season 6 thus far: