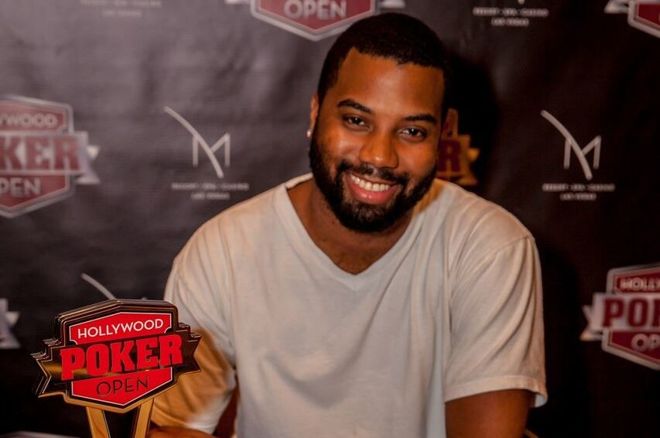 After four days of poker, Dejuante Alexander came out on top of a 655-entry field to capture the Hollywood Poker Open Season 4 Championship Event title and a $297,644 top prize.

The Houston, Texas resident had $299,904 in career tournament earnings coming into the event, and almost matched that with the win on Sunday.

The event's final day started with 21 players, and quickly moved to a final table of 10 with Calvin Anderson in the lead.

Qualifier Jim Kasputis, who won his seat for the tournament at the Hollywood property in Aurora, Illinios, was the shortest stack and first to go, before Michael Aron ran a small pair into Aaron Mermelstein's bigger one to bust ninth.

Alexander then took the lead making trips with a redraw, and fooling Anderson into shoving top two with a massive check-raise on the turn. Anderson was left short and took eighth soon after.

Bryan Piccioli ran a weak king into Brady Bullard's eights to say goodbye next, and Julian Parmann lost a race with eights to take sixth, handing Mermelstein his stack.

After winning a big hand against Michael Tureniec, Mermelstein took the lead into a 75-minute dinner break.

Brady Bullard was the short stack three handed, and Mermelstein cracked his aces to dispatch him third.

Heads-up play started with Mermelstein in front and the lead changed hands several times before Alexander pulled way out in front. The two players then struck a deal, giving the title, the trophy, the tax implications of signing for first place money, and a $297,644 top prize to Alexander.

For more commentary on the HPO Season 4 Championship Event, check out the first segment of Episode #390 of the PokerNews Podcast.