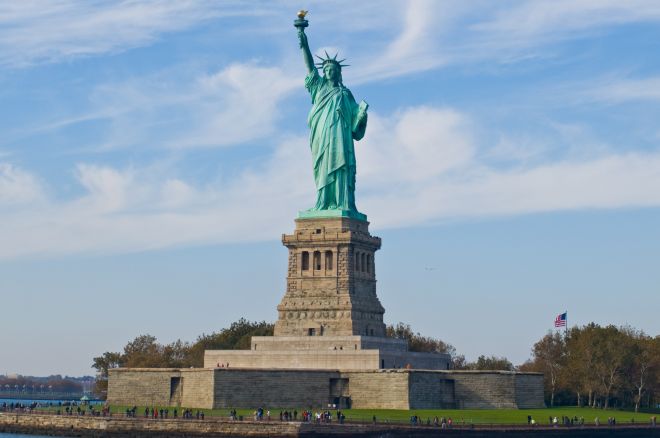 The bill quickly passed after earlier in the month the New York Senate Finance Committee reported with a 20-8 vote to the Senate floor.

While the bill still has a way to go before it can potentially become a state law, Online Poker Report editor Dustin Gouker pointed out that this represents the first time a gaming bill has passed any legislative chamber in any state since Nevada, Delaware, and New Jersey passed its bills.

Poker players have been waiting a long time for any significant movement in online poker legislation. New Jersey, the last of the three states to create a regulated online gaming regime, passed its bill into a law in February 2013, with regulated online poker operators dealing the first hands in November 2013.

However, the same day the bill was passed The Buffalo News reported that the chairman of the New York Assembly racing and wagering committee Gary Pretlow reported that the legalization of online poker "is dead." This might be due to there being not much reported support from the Assembly and its session due to end on Thursday, June 16.

Even if the Assembly passes the bill without any amendments, in order for the bill to become a law, it would still require the approval of New York Governor Andrew Cuomo, who would have 10 days to decide whether to pass or veto the bill. If neither action is taken within that period, the bill would automatically become law.

Despite what still seems like an uphill battle with time ticking away, the bill has a wide range of support from both the industry and poker players. Long-time online gaming advocate MGM Resorts International, who will likely enter the New Jersey regulated online gaming marketplace through its recent $900 billion acquisition of 50 percent of the Borgata Hotel Casino & Spa from Boyd Gaming Corp. earlier in the month, applauds the momentum, citing new tax revenues and player protection.

"Creating a safe, regulated option for online poker players in New York would generate millions in new tax revenue that could be used for education and other critical investments," MGM General Counsel John McManus shared in a statement reported on a variety of media outlets. "We applaud the Senate for passing this sensible legislation that will help protect New Yorkers who have for years played online poker on unprotected, off-shore poker websites that today operate with no regulation, fraud controls, or age restrictions. This bill will open opportunities for all providers of online poker to deliver a safe, regulated alternative."

Likewise, the Poker Players Alliance and poker players through social media, including Jason Somerville to his 57,600 Twitter followers are urging the Assembly to pass the bill.

we are SO close to bringing regulated online poker to NY! New Yorkers, let's make our voices heard and get it done! https://t.co/uX1tWAI3Ih

While it was a big step forward for the online poker bill to pass through the Senate, and a very positive development it did so at such a wide margin of votes at 53-5, work still needs to be done if the Empire State is going to receive online poker in the near future. That's why your help is requested.

Our friends at the Poker Players Alliance ask that you take a mere 30 seconds to send a letter of the Assembly and Governor supporting online poker in New York. The next step for the bill will be to pass Assembly vote, and all the support that can get behind this bill, the better.

Please, click here to take 30 seconds out of your day and send this pre-filled letter to the New York Assembly and Governor.

Stay tuned at PokerNews as more develops in the New York iGaming marketplace.