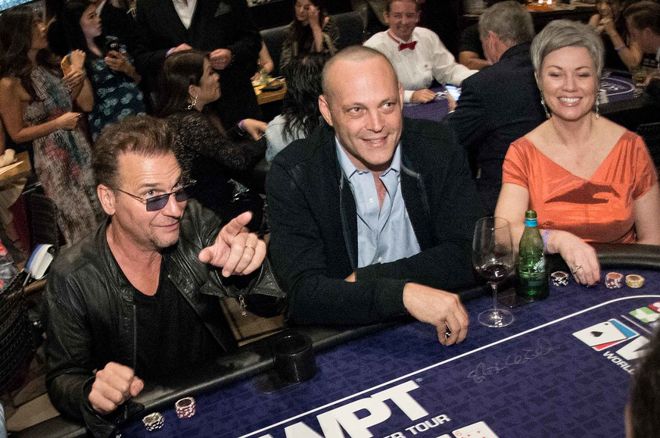 The World Poker Tour teamed up with celebrity hosts Mel Gibson, Vince Vaughn, Andrew Garfield and Gene Simmons to raise money and awareness for Mending Kids, a charity that raises money to help provide surgical care for children in need around the world. The event raised enough money to help more than 100 children.

The charity event, titled Four Kings & An Ace, took place Friday in Beverly Hills. The poker portion of the event was a tournament with a $5,000 donation and with celebrity hosts and guests taking part. Players in attendance in addition to the hosts included Erik Seidel and Scotty Nguyen, as well as WPT on-air talent Mike Sexton and Lynn Gilmartin.

In addition to the tournament, there were also casino games and auctions to benefit Mending Kids.

“Once again, poker brought together celebrities, dignitaries and influencers for a great cause as it continues to be one of the most fun and effective ways to raise money for critical issues worldwide,” said WPT CEO Adam Pliska. “WPT Foundation is honored to have partnered with Mending Kids for this special night and to celebrate the remarkable miracles they are performing for children around the world.”

A full gallery of the festivities can be seen here.

Check out highlights of the event in the video below and visit the Mending Kids website to donate.