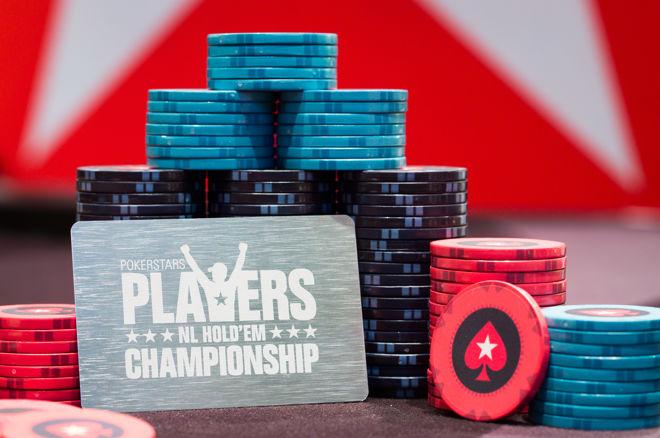 PokerStars has announced the launch of the annual Players No Limit Hold'em Championship (PSPC), an exclusive live poker tournament that will see the world's biggest online poker site pump at least $9 million of added value into the prize pool.

PokerStars intends to make the new PSPC the richest $25,000 buy-in tournament in the history of poker.

The inaugural PSPC is scheduled to take place the week prior to the 2019 PokerStars Caribbean Adventure in the Bahamas. PokerStars will add a staggering $9 million to the prize pool. $8 million in PSPC tournament will be awarded throughout the year by PokerStars in the form of 300 free PSPC packages, known as Platinum Passes, which have a value of $30,000 (including travel and accommodations). The additional $1 million will be awarded to the eventual PSPC champion.

"We expect the PokerStars Players No Limit Hold’em Championship will set the new global standard for live poker tournaments," said Chief Executive Officer of The Stars Group, Rafi Ashkenazi. "We want to demonstrate and reinforce our commitment to the game, and give something back to the players by investing in our live events in a meaningful way. Our objective is to create an event that brings professionals and amateurs together, creating many winning moments and unforgettable stories."

"I’m super excited about the Players No Limit Hold’em Championship," added Team PokerStars Pro Daniel Negreanu. "This is going to be an incredible experience for those who participate and everyone, no matter their skill level, has a chance to win a Platinum Pass. It will be a must-play event with loads of added value."

Each of the Platinum passes are worth $30,000 and include:

How to Win A Package

The only way to get your hands on a $30,000 Platinum Package is to earn one. You can do this by winning key online tournaments, such as the Sunday Million and Sunday Storm, or winning a MicroMillions event, a Turbo Championship of Online Poker (TCOOP) tournament, a World Championship of Online Poker (WCOOP) event, or some other specified tournaments throughout the year. There are even plans to put Platinum Packages in PokerStars' chest rewards.

Players at PokerStars' live events can also receive packages by winning Main Events and via last longer competitions and wild cards. Full details on these Platinum Package-eligible events will be announced in due course.

The first chance players have the chance to win a Platinum Package is at PokerStars Championship Prague on Dec. 15. The next batch of Platinum Passes will be awarded during the online Winter Series between Dec. 25-Jan. 7, followed by exclusive giveaways at the IPO in Italy, PSL Macau, PCA, and PokerStars Festival London.

With what is essentially a High Roller tournament with 300 qualifiers, including low and micro stakes players, plus an added incentive of $1 million extra for the champion, the PSPC should see some of the world's elite professionals mixing it up with recreational players and keen amateurs alike in a picturesque setting, which will make for a fantastic poker spectacle.

Iconic Tours to be Reintroduced

In other PokerStars news, the management team has made the decision to reintroduce some of the iconic live poker tours that PokerStars became so well-known for. The PokerStars Championships will take a back seat as the European Poker Tour (EPT), Latin America Poker Tour (LAPT), and Asia Pacific Poker Tour (APPT) return to the fray. PokerStars has promised to giveaway at least one Platinum Pass at every stop of each of these legendary tours.

PokerStars Festivals and PokerStars MEGASTACK events will continue to run and give players the opportunity to play in deep-structured tournaments for a low price in cities around the United States and Europe.

You Have To Be In It To Win It!

If you want to be in with a shot of winning a $30,000 Platinum Pass to compete in the $9 million-added PSPC you will need to enter some of PokerStars' major live events or play online at PokerStars in its key events and participate in its promotions.

Download PokerStars via PokerNews, enter the marketing code "PNEWS" when creating your account and use the bonus code "STARS600" when making your first deposit to be eligible for a 100 percent up to $600 first deposit bonus.

All photos courtesy of PokerStars/Neil Stoddart