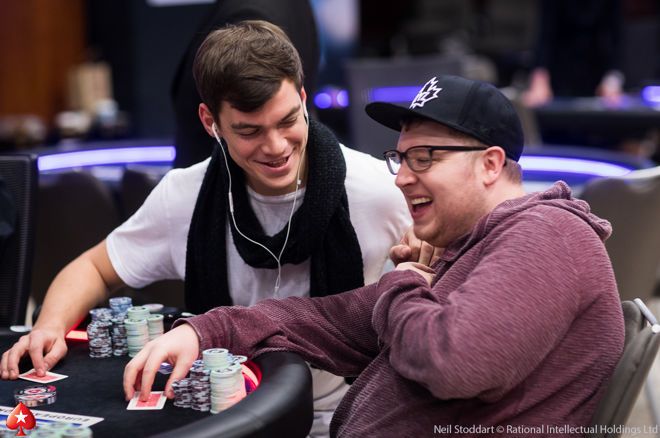 A year ago, German poker player Paul Michaelis led the field after two of the first three days of the rebranded PokerStars Championship Prague. He would eventually notch what had to be a bit of a disappointing 28th-place finish for €18,900.

One year later, Michaelis has again positioned himself for a big payday, but this time he's much closer to the big cheddar. Just six players remain out of 1,174 heading into the final day of 2018 PokerStars European Poker Tour Prague €5,300 Main Event, and Michaelis has the biggest stack with 10,060,000.

He'll face a tough slate of competitors, including Canadian Twitch star Parker Talbot, who has a shot at making his first huge mark in the live arena after building a following of nearly 100,000 on his popular stream. Here's how the final table looks heading into Day 6:

Day 5 began with just 16 players remaining and 10 destined to hit the rail. A slow start on a money jump would eventually see former leaders Konstantin Farber and Fionn MacNamara among the runners falling before the unofficial final table.

Michaelis crested at 10.6 million after catching Ugo Faggioli bluffing and then busting him in a sizable flip with sevens over ace-queen to bubble him out of the final nine. He nearly took a hammerlock on the final table when he got sevens in there once more against the pocket fives of Alexandr Merzhvinskii only to see a five on the flop.

Final Three Eliminations of the Day

Three accomplished players made the final nine but ran dry on chips before the six-player stop was reached.

Former EPT champ Andrey Pateychuk had played a short stack masterfully for most of the latter stages of the tournament. He ran into a nasty spot when he turned top two pair against Merzhvinskii only to run into another set of fives. They got all in on the turn and a brick river busted Pateychuk in ninth.

Diego Zeiter lost most of his chips running tens into the aces of Artem Kobylynskyi and fell in eighth after jamming nines into Merzhvinskii's aces.

Longtime high-stakes cash regular Liviu Ignat looked like perhaps the scariest force in the field when he ran up a stack of about 6 million, contending for the lead early in Day 5. However, he couldn't get anything going at the final table and finally ran his ace-queen into Laurynas Levinskas' kings to bust.