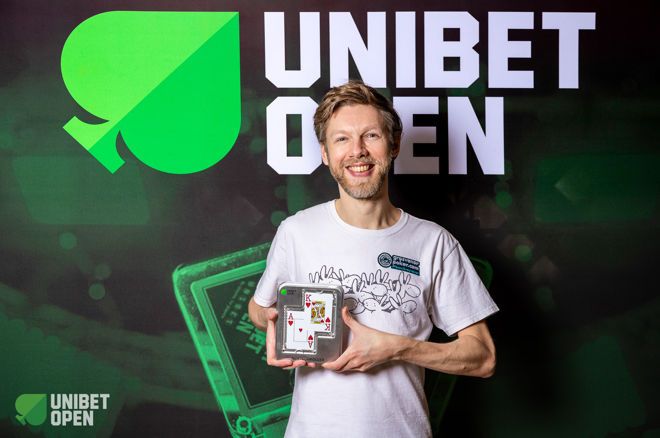 The most-expensive tournament of the festival in the Carpathian mountains was the 2019 Unibet Open Sinaia €2,200 High Roller, and a field of 41 entries in total created a prize pool of €79,540 at the New Montana Hotel. UnibetPoker.fr ambassador Alexandre Reard topped the counts at the end of Day 1 and almost went wire-to-wire, but was denied the victory as British poker pro Andy Hills defeated Reard in heads-up to claim the top prize of €27,040.

Hills has hit the road on a mission to travel and enjoy poker in as many different countries as possible, which led the Brit to a joint second place in the 2018 Hendon Mob's flag rankings for the number of countries he cashed in. The new year is off to a great once again, as he has now cashed in four different countries. A trip to San Marino for the Italian Poker Open resulted in two scores and he also reached the final table of an event in Hamburg, Germany. Next up was the Ukraine, where he shipped a Deuces Wild tournament.

The Unibet Open in Romania were next on the list and he earned the first flag in the €330 SuperStack Event, in which he reached the final table. But that wasn't the highlight of the trip just yet, as Hills will take home another trophy thanks to his victory in the €2,200 High Roller.

It was all about Reard until the nine-handed final table and the Frenchman held a commanding lead. That changed after a clash with Hugues Mazerolles, who doubled with aces versus ace-king and sent Johan Creutz to the rail in the next hand with kings versus jacks. Local player Igor Pirnau ended up as the bubble boy and Dan Mihoci was the first player to clash, leaving Hills to battle against three Frenchmen and Peter Kaae. Mazerolle was eliminated in fifth place and Jeremy Saderne was felted by Reard when his top pair could not hold against the straight draw of Reard.

In the next hand, Hills doubled with king-queen against the ace-king of Reard to take over the lead and Kaae then bowed out in third place. Hills entered heads-up with a 2-1 lead and got the job done with ace-king against the ace-seven suited of Reard. Two spades on the flop were followed by two blanks and that ended the tournament.

For Reard, it would have been the second trophy of the festival as he emerged victorious in the Tag Team Championship alongside John "Swifty" Pyle. While that event may not have come with a monetary value and just a spa voucher, it is widely considered as the most fun event of the entire schedule. The mix of professional poker players and esports streamers always ensures a lot of banter at the tables and is a very popular addition to the live stream schedule.

It won't be the only trophy the Reard family takes home, however, as Aurelie Reard came out on top of a deal with Henri Vaesaeinen in a €150 Turbo Side Event on the day of her 15th anniversary with Alexandre. A total of 76 entries created a prize pool of €11,060 and Reard, as well as Vaesaeinen, took home €2,600 for their efforts.