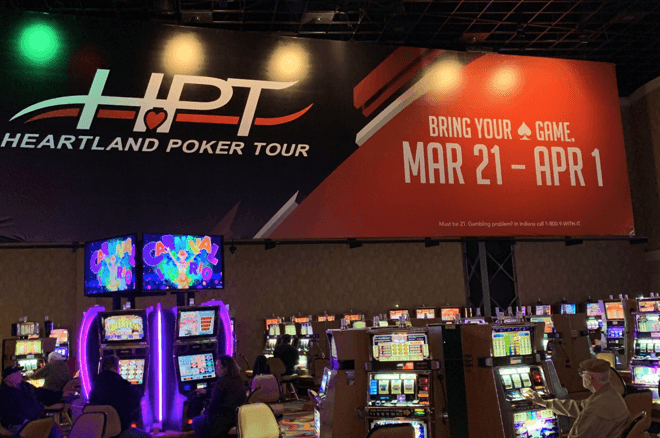 Season XV of the Heartland Poker Tour (HPT) continues this week at Hollywood Casino Lawrenceburg outside of Cincinnati, Ohio. The stop features an $1,100 buy-in Main Event this weekend that will be live reported right here on PokerNews.

That Main Event kicks off with Day 1a on Thursday, March 28 at 2 p.m. local time. Players will start with 30,000 in chips and play 40-minute levels. Day 1b will take place at the same time on Friday, March 29, while Day 1c will take place at noon on Saturday, March 30. The surviving players from all three flights will return for Day 2 action at 11 a.m. on Sunday. The final table will then be live-streamed at noon on Monday, April 1.

"We’re looking forward to having an industry leader like PokerNews there to report on it every step of the way.”

“HPT is excited to have PokerNews providing additional event coverage in 2019,” said Korey Stewart, HPT Marketing Manager. “Season XV is shaping up to be another record-breaking year for the tour. We’ve already added several new venues to the schedule and we’re hoping to announce a few more new additions soon. There will be plenty of opportunities for poker enthusiasts across the country to take a shot at winning life-changing money at nationally televised final tables. We’re looking forward to having an industry leader like PokerNews there to report on it every step of the way.”

A Look at the Prelim Winners

In Event #2: $300 Seniors (50+), the final five players struck a deal which ultimately resulted in David “The Maven” Gutfreund coming out on top to win $6,541 in prize money.

PokerNews and the HPT plan to continue their live reporting relationship for stops throughout 2019. Those include visits to The Meadows Racetrack and Casino in Pittsburgh and Ameristar East Chicago.

Here’s a look at the current Season XV schedule with more stops expected to be announced in the near future. For more information, visit hptpoker.com and follow them on Twitter @HPTPoker.