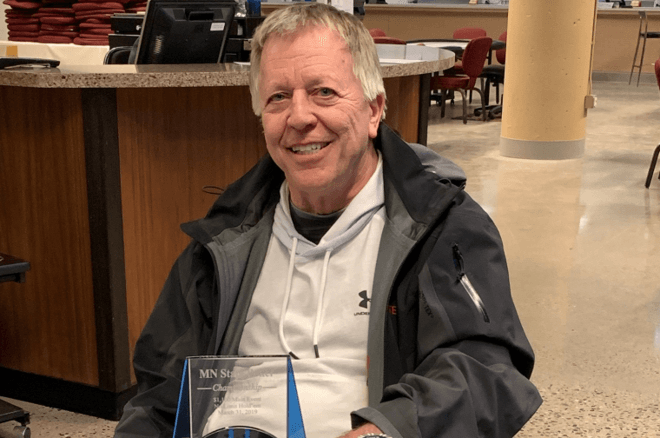 Over the last two weeks of March, Canterbury Park just south of the Twin Cities played host to the 2019 Minnesota State Poker Championship, a series of tournaments that culminated with a $1,100 buy-in Main Event this past weekend.

That tournament drew 180 runners from across the Midwest, which generated a $174,600 prize pool. The final table was filled with some of Minnesota’s best, but in the end, it was Hank Mlekoday of Minneapolis who claimed the title and accompanying $47,144 first-place prize.

While the Main Event was the main attraction, the Minnesota State Poker Championship was comprised of several other tournaments including a Crazy Pineapple, Tag Team, and both Seniors and Ladies Events.

In terms of prize pools, the two biggest tournaments outside the Main Event were a pair of $350 buy-in events. The first was the Black Chip Bounty which attracted 121 runners and created a $37,168 prize pool. Matt Hamilton wound up winning that event for $7,047 plus a bunch of bounties.

Meanwhile, the $350 Monster Stack NLH drew 213 entries and created a $61,983 prize pool. Joshua Hersch claimed that title and was rewarded with a $15,493 top prize for his efforts.