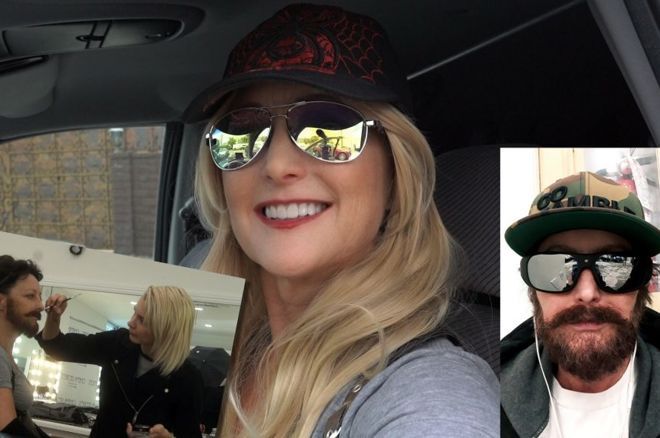 In its 50-year history, the World Series of Poker Main Event has never had a female champion. Worse still, only one woman has ever made the final table on poker’s biggest stage — Barbara Enright in 1995.

The number of serious female poker players running deep and winning big events is on the rise though. That’s why poker player, author and movie director Sandra Mohr has decided this year to put out a feature length documentary film, focusing on some of the best women in the game battling at the WSOP.

“This is their story, and their quest for the top prize in the World Series of Poker.”

The upcoming film, titled "Poker Queens: Glamour, Glitz, Guts, Glory: They’re All In," will follow several of poker’s best-known female stars in their quests for a bracelet, including in the big one — the $10,000 WSOP Main Event.

According to the film’s website, “Through interviews, personal video from player vlogs, dramatization, reality footage and up-close tournament play, 'Poker Queens' will follow the most popular female poker players today on their journey to the 50th Anniversary of the WSOP (Summer of 2019, Las Vegas, NV).

“This is their story, and their quest for the top prize in the World Series of Poker.”

Interview with the Producer

PokerNews recently caught up with the film's director, Mohr, known by some under her pen name "Sia Layta," under which she authored the book "Black Widow Poker" to learn more about the project.

“Women are just now starting to take back their power,” said Mohr. “It’s going to be amazing to see the change in the years to come.”

“I promise this year, women are going to crush - and more women will continue to get into it.”

She’s of the belief that it is only a matter of time that a woman makes a run at the WSOP Main Event title, and that time is not far off.

“It’s been 1995 since the last time a woman was at the Main Event final table. We need to up our game a little.”

Mohr mentioned that female participation has increased over the years to around 30 percent in the online poker arena, and she sees live poker following that path in the not-too-distant future.

“I promise this year, women are going to crush — and more women will continue to get into it.”

Even though Mohr considers herself retired from making movies, she couldn’t turn down the request she received from Christine D. Beatty, the executive producer who is financing the film.

“She’s the one that deserves the real credit for the whole project,” Mohr told PokerNews.

Mohr hopes the film, which she called exciting, will shed insight on how the girls were when they were kids, how they got into poker, and to follow their journeys as they go for gold.

The approach for the documentary is to cast a wide net, track several ladies and let the film naturally take its course to determine who filters until the end. The result, she hopes, will motivate other women.

“I want it to be the ‘Rocky’ of women’s poker. I want it to be a movie where, for some women who are thinking about playing or frustrated playing, they throw on a sweatsuit and eat some raw eggs and run up the stairs after watching this film. I want it to be inspirational.”

A Palace Fit for Poker Queens

As part of the documentary project, Mohr and her crew have rented out a huge 1,600-square-foot suite at the Rio to serve as headquarters for the ladies who will be featured in the documentary.

The Rio “Poker Palace” will be a haven, complete with refreshments, small meals, free massages, as well as strategy presentations by other poker pros. There will also be brunches, happy hours, a cast party, and energy workers including alphabiotics, a practice that centers the body much like the work of chiropractors.

“The idea was since we’re making a documentary about women in poker, to capture some interaction between them and have them stay in one place, but with everyone having different schedules and so forth, it wasn’t really possible.”

The “Palace” will still double as a filming site with an equipped studio inside. But most importantly of all, it will be a complimentary place to hang out, relax, network and get away from the tables for well-needed breaks — a place to “rest, restore and rejuvenate.” The festivities kick off with the WSOP Ladies Event Welcome Party on June 20 from 1-8 p.m.

“I want this to be the best party of the year,” Mohr said.

Speaking of best party of the year, the opening of the Poker Palace coincides with "Ladies Week" in Las Vegas, which starts on Monday, June 17.

In addition to the $1,000 WSOP Ladies Event, there are several other tournaments reserved for female poker players scattered around town. Here’s a look at all of those options running through next week and into the following week.

The Poker Palace will remain open and the documentary crew will be filming through the completion of the WSOP, which wraps up July 16. "Poker Queens" is expected to release in November 2019 on Amazon Prime.

For more information on the film project, the full Poker Palace schedule, or to get involved with the project as a producer, head over to the Poker Queens website. You can watch the preliminary film trailer below: