Sirens in the Rearview Mirror: What to Do When Free Casino Drinks Make for a Pricey Night 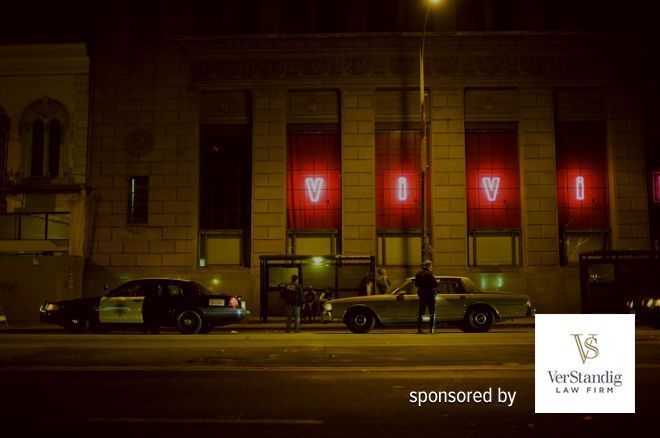 Maurice “Mac” VerStandig is the managing partner of the VerStandig Law Firm, LLC, and focuses his practice on representing poker players, advantage gamblers, and other industry professionals in all manner of legal situations. He can be reached at 301-444-4600 or [email protected]

In what I can only surmise to be karmic retribution for having defended gobs of poker players’ DUI cases over the years, I was hit by a drunk driver while pulling into an airport parking garage on the eve of the World Series of Poker.

Amongst the pitfalls of being a lawyer is failing to grasp situations such as this in typical terms. Sure, my mind quickly wandered to my own wellbeing, followed by that of my car, followed by that of the young man who decided to throw down some tequila shots at 30,000 feet and then drive himself into the neon desert.

But humanity soon gave way to eyeing his footwork and taking an estimated guess at whether or not he would be able to pass a heel-to-toe field sobriety test. As he offered me $20 to – no joke – “drink it off,” the horror of pocket change being misconstrued as a waiver and release of all claims rushed through my mind.

In making faux small talk, my inquiry about his working hours was aimed solely at figuring out when a process server could best track him down in due course.

In a city overflowing with free booze and sort-of-legal marijuana, impaired driving is neither novel nor advisable. And more than mere lip service must be paid to the very basic advice – which one admittedly does not need a law license to dispense – of grabbing a Uber, hailing a cab, or making one’s way to a hotel room if sobriety is at all in doubt.

But if taking a bad beat during summer poker season (or any other time) leads you to the bottle or pipe, and you perhaps lack the judgment to hew this line of common sense, a few tips – and warnings – about what will follow:

You Have the Right to Remain Silent

First, do not be like the moron who decided to ding my bumper: acknowledging you had too much to drink is something to do with your family, your friends, your AA sponsor, and even your lawyer. But it is not the savviest of moves with a uniformed officer hovering over your window, or the person whose car you have just destined for a fresh paint job.

Dick Wolf did not invent the right to remain silent as a dramatic television construct; it is a rather genuine constitutional right afforded all those who set upon our highways. And if your sobriety is in doubt, it is one that is very much to your benefit to tactfully, appropriately, and politely invoke.

A police officer can – and will – use your speech against you; even if seemingly in the nature of chitchat, s/he will be keenly observing if an odor emerges when your lips move, if your pronunciation is at-all slurred, and if your acuity is even remotely suspect. Your silence, by contrast, cannot be used against you. And when presented the opportunity to fade outs by keeping your mouth shut, there is no excuse to so much as sigh.

Second, if you are confident you can pass a field sobriety test, or puff victoriously into the mouth of a breathalyzer, by all means do so. But if you know failure to be on the horizon in a violent and jaw-dropping way, think twice. This is a complex calculation, and one too often pegged to variables dictated by the laws of the state in which you are located. In numerous places, failing to cooperate with sobriety tests will invite a revocation of your driver’s license – or even a second criminal charge. In some places, it will not. So there is sometimes a lot of wisdom in tabling your hand if you have even a passing chance at shipping the pot.

Third, take mental notes and put them to paper as soon as you are free to leave. Law enforcement make mistakes, and a series of four-to-six hours you will remember for decades to come is just another night on the job for officers.

Errors and inconsistencies can help cast a cloud on otherwise-objective allegations; if the field of evidence is small to begin with (courtesy of you not treating the cruiser’s backseat like a confessional) this may be enough to create some reasonable doubt.

And, fourth, get a lawyer. Can’t afford one? Get a public defender – it is your constitutional right. But, in the name of all that is holy, do not try to defend your DUI without counsel. Trying to explain away the “strong odor of alcohol” on your breath (and police will almost always say there was a strong odor, even if you wreak solely of cigarettes and stone bubble shame) without an attorney is like trying to win a hold'em hand without hole cards: sure, you might be able to play the board and draw to a chop, but that takes an insane quotient of rungood and you really don’t want a DUI to be your “one time.”

Oh, and in the off-chance you remember stumbling off a flight from who-knows-where, careening to your car, and putting some chin music on the bumper of a well-spoken (and brutally handsome) guy running to catch a redeye: start saving up. I’m playing an ambitious package this summer, and you’re going to be covering my buy-ins.