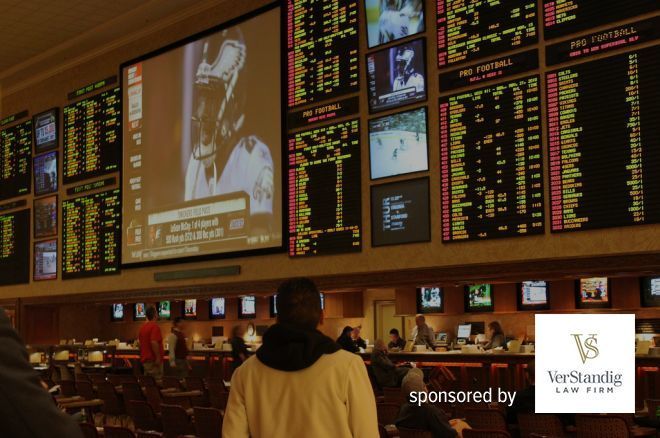 Not too long ago, Jimmy “The Greek” Snyder acted as a famously edgy fixture on football pregame shows, daring to predict the outcomes of contests and even surmise contemplated final scores, with only the most subtle wink and nod suggestion that such anticipatory tallies were loosely-disguised – and often grossly exaggerated – betting lines. There was an art to the burlesque tease: some skin could be shown, but a thong and pasties would remain in place at all times, to protect an innocent viewing public from the perceptive pornography of actual gambling parlance.

More recently, Brent Musburger would periodically punctuate his call of autumn football games by noting a late score, of otherwise no appreciable import to determining a winner, might “matter to some people in the desert” if it covered a line or moved a tally past the over/under. The thongs were getting smaller and smaller; the pasties had come off.

When the Supreme Court invalidated the Professional and Amateur Sports Protection Act (“PASPA”) last month, the United States officially went full frontal. And while the decision is in no way pegged to the evolving social acceptance of gambling, the high court has a long history of declining to tackle socially meaty controversies until such a time as the public seems prepared to embrace the ramifications of its legal conclusion.

Scott Blumstein is a cool 500:1 to repeat, while relative unknown Phil Ivey – on the apparent strength of a 533rd-place showing in the Colossus – leads the field at 100:1.

Even the WSOP has been directly touched by the proliferation of sports betting, with professionals, amateurs, and fans taking odds on the final table of the Main Event. Offshore sportsbooks rush to handicap the final nine players each year, with at least one book going so far as to offer lines on a winner before the field is even set. (Jen Tilly currently sits at a cool 1000:1, with James Woods loitering behind at 1500:1 – no doubt to the appreciable chagrin of the Casino star, who is somehow trailed at nosebleed odds of 2000:1 by former Main Event champions Jamie Gold and Jerry Yang. Scott Blumstein is a cool 500:1 to repeat, while relative unknown Phil Ivey – on the apparent strength of a 533rd-place showing in the Colossus – leads the field at 100:1.)

Sports betting, however, is still not universally legal. In reality, it remains forbade in more than 90% of states, with a couple of entirely valid federal statutes continuing to wreak havoc on bookies and bettors. But this is all likely to change at an astonishingly rapid pace, as local governments scramble to tap an easy tax base, people openly share their preferences for mobile betting apps over bagmen, and the tout industry goes mainstream.

As these changes occur, look for the following legal indicators that Festivus poles and champagne rooms are on the rise:

Finally, be careful to not conflate a burlesque and a brothel: just because sports betting is on the precipice of an apparent renaissance does not mean online poker is destined to anytime soon venture beyond its three-state posture. Yes, smut is smut, and any legislative debate on the proliferation of legalized gaming is a prime opportunity to try to revive the pre-Black Friday late night $5/$10 razz games made only possible by a massive online cardroom. However, there is simply no compelling indication that predominately prudish legislators who came of age with Jimmy “The Greek” Snyder’s veiled lingo are ready to accept a vig and a rake at the same time.