WSOP Insights: Why Razz Was an Integral Part of My Legal Education 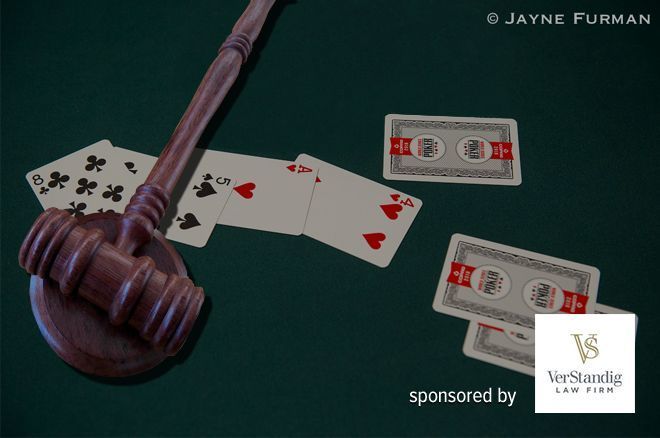 About halfway between the time Mike McDermott brought his poker game to movie screens and the time the DOJ ripped Americans’ poker games off computer screens, I enrolled in the University of Miami School of Law. It was an era recent enough to still be almost entirely vivid in recollection, and yet distant enough to now be replete with anachronisms. Among the lessons to be gleaned in the ensuing three years was a simple – and painfully cliché – epiphany that poker and law are frightfully similar.

Lawsuits and contract negotiations are very much like poker games.

Aside from a college game so disorganized no one realized we were using a pinochle deck until quad kings ran into a set of kings, and one particularly embarrassing run at being the fishiest of fish in a stud game at Potawatomi, I never tossed chips into a pot before law school. But South Florida was a decidedly lonely place for a veritably un-chic kid raised in the Mid-Atlantic and educated in the Midwest, so when a classmate casually mentioned there would be an informal casino outing, a generic Google refresher on the rules of Texas hold ‘em rapidly ensued.

Multiple professional poker players emerged from the fabled halls of The U in the ensuing three years. Together, we awkwardly cut our teeth on low stakes limit games at the Seminole Hard Rock. Even the ugliest of sessions were lessons far cheaper than our legal education, and collectively we started making some sense of the game. Before long, we graduated to no limit tables with splashier pots, and our cheap bruises paid quick dividends.

During more tedious early morning lectures, I was not shy to play razz on Full Tilt Poker. On at least one occasion, a professor stumbled upon a classmate incoherently failing a Socratic inquiry because she was glued to an online sit-n-go. On the weekends, a few of us tried assembling spreadsheets to handicap the ponies at Gulfstream and Calder. We first learned of the Mississippi straddle on a spring break trip to Biloxi.

In hindsight, those were some of the most practical – and valuable – lessons gleaned in law school. It would be dishonest to apply the rosy strokes of nostalgia and suggest my whole consortium of betting colleagues went on to successful legal careers – in fact, at least one never made it past the bar exam. But through my time clerking for a judge, handling complex litigation at a large law firm, and hanging my own shingle, I have come to appreciate that law school only taught – and the bar exam only tested – the technical rules of the game; strategy was learned sweating through flush draws and chasing open-enders.

Lawsuits and contract negotiations are very much like poker games. In the United States, there are a finite number of causes of action, just as there are a finite number of qualifying hands. Almost any lawyer can rattle off the requirements for a valid fraud claim, and almost any yahoo drunkenly slobbering through the Colossus can explain how you need both a set and a pair to make a full house. But motions practice in front of a judge, and arguments to a jury, feel appreciably more like double barreling a bluff or trapping with the nuts: there is a healthy bit of finesse involved, and most players are thoroughly tone-deaf to how bad their acting skills truly are.

My firm focusses on representing bettors, and we do so in myriad legal situations, which is a lot like playing mixed games – the rules of each construct vary (sometimes slightly and sometimes appreciably), but the principals of exploiting position, reading your opponent, and controlling pot size are omnipresent. When we sit down to play, it is almost always against one of a very limited list of player types:

We know their ranges, we recognize their tells, and we have a good feel for the depth of their bankrolls. So while we are sometimes drawing to a badugi and sometimes fading outs, we’re almost always comfortable with the game and the stakes.

We know their ranges, we recognize their tells, and we have a good feel for the depth of their bankrolls.

All of which is an indirect route to advising the following: odds are that at some point in time, you will need a lawyer, and while I hope these columns offer some promotional value, I am not nearly delusional enough to believe you will necessarily come to my firm or myself. But when you do find yourself interviewing someone to pay by the hour, to assign a contingent interest in your case’s upside, or take a flat fee, don’t get hung up on the rules of the game; almost anyone with a law license should be able to compellingly explain to you what is needed to win the hand. Instead, focus on their strategy, and do not be shy to make them play out all five (or seven) streets; those points are what separate the amateurs from the professionals.

Remember, too, that there is more than one way to play a hand, and different approaches suit different people. Loose aggressive is a viable strategy; tight passive is as well – both lay claim to numerous wins and losses. So find a lawyer whose approach suits your personality, and whose variance suits your risk tolerance – bombarding an opponent with discovery and motions can be extremely effective, but so can a minimalist approach focused on distilling the simplicity of key facts and claims.

And remember, it is easy to deduce that Black Friday was facilitated through enforcement of the Unlawful Internet Gambling Enforcement Act; it’s a lot harder to trap Teddy KGB once his Oreos are gone.