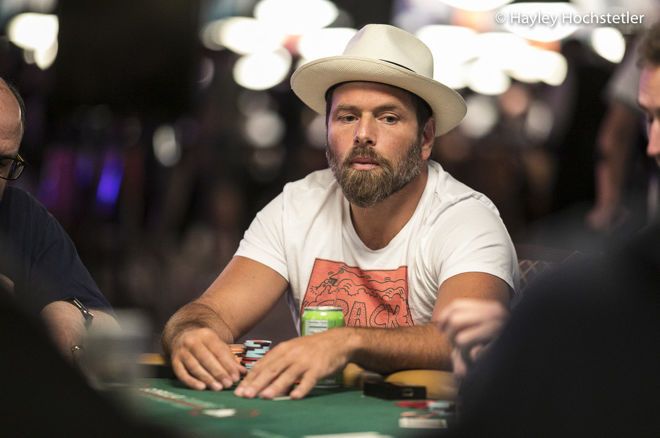 Maybe Rick Salomon did win $40 million playing poker in 2014 after all.

Those claims made by Salomon's ex-wife Pamela Anderson in 2015 were scoffed at by many, but if the latest news coming out of a French court is any indication, Salomon has indeed won some handsome sums in private poker games. Unfortunately for him, he won't be getting the $2.8 million he alleges he's owed from one game in particular, pending any further appeals.

According to British outlet The Times' reporting on the court case, Salomon participated in a game for very high stakes in 2014 at Tiara Miramar Beach, a hotel just outside of Cannes on the French Riviera.

One of the participants in the game was Raad al-Khereiji, a Saudi Arabian with the means to fire off $34 million worth of casino spending at ARIA over the course of 29 months, per court records.

"Even supposing there was such a debt, which my client totally contests, you cannot pursue someone in France for a gambling debt."

According to Salomon's account, al-Khereiji racked up a massive loss, at least some of which was on credit, during the course of a marathon game lasting some 48 hours — an important detail in the story. Having accrued a debt of $2.8 million to Salomon, al-Khereiji advised Salomon that his U.S.-based lawyer would be in touch to settle the sum.

However, by al-Khereiji's account, there was no high-stakes poker game at all. In fact, the game was merely for fun, played for no stakes whatsoever. When the lawyer finally got hold of Salomon several months later, he informed Salomon as such and said no payment would be coming his way.

In response, Salomon — who has earned just over $9.9 million in tournaments, primarily high roller events — took his claim to the French court system, with the Grasse High Court ultimately delivering judgment on the case.

In order to back up Salomon's claim, his lawyer pointed to an 1804 law stating that gambling debts are only enforceable in "games involving weapons, foot or horse racing, chariot races, tennis, and other games of the sort which involves physical skill and exercise." As the session lasted 48 hours, the lawyer argued, the requirement was met due to the endurance and energy needed to play through it.

Monday evening, word leaked out from the court, and the judge apparently wasn't convinced. The verdict came down against Salomon.

Al-Khereiji's lawyer said the ruling was consistent with French law.

"Even supposing there was such a debt, which my client totally contests, you cannot pursue someone in France for a gambling debt," he said.

Salomon's lawyer admitted it was an "uphill fight" and conceded he was unable to establish convincingly that the requirement of physical skill had been met. Given that, it would seem unlikely Salomon will pursue the matter further through the French court, but he didn't rule out the possibility of an appeal.

It seems likely that all that comes of this is the opportunity for fans to get a glimpse into the seldom-revealed world of private high-stakes poker, governed by handshake debts and the gambler's code. When someone doesn't agree to pay up in these scenarios, recovering the funds can prove difficult, as Salomon found out the hard way.