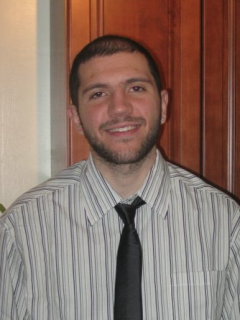 Mo Nuwwarah is a 34-year-old writer and editor from Omaha, Nebraska. He graduated from the University of Nebraska-Omaha with a B.A. in journalism in May 2011, and began writing for PokerNews in April 2013 at the World Series of Poker Circuit stop in Council Bluffs, Iowa. Currently, Mo live reports a variety of tournaments for PokerNews, mixing in a bit of photography while learning on the job.

His poker education began by playing $5 sit-n-gos with friends during his senior year of high school. Mo then progressed to $50 no-limit hold'em home cash games in college and culminated in grinding $100 no-limit hold'em six-max and winning a few tournaments on PokerStars before Black Friday. When he has the time to play nowadays, Mo loves to play live pot-limit Omaha and short-handed no-limit hold'em.

Mo's hobbies include working out and running, playing sports when his body isn't on the mend, drinking expensive beer and dabbling in degenerative sports betting.