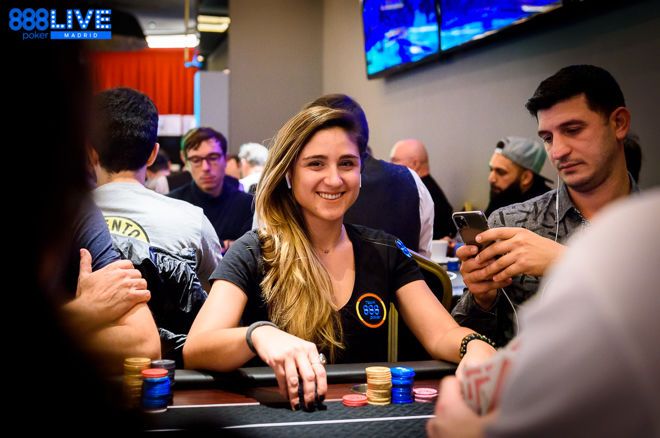 888poker kicked off 2020 with the 888poker LIVE Festival Madrid, with Italy's Marco Biavaschi emerging triumphant over a field of 1,067 players.

In the wake of this successful start to the New Year, PokerNews spoke with 888poker Team Pro Ana Marquez all about the festival and how she felt it went in her home country of Spain.

Get Your First Two Tickets!

There are 50 tickets up for grabs every day!

Marquez sits 11th on the Spanish all-time money list, but failed to add to her lifetime cashes of over $1.8 million in Madrid. However, that didn't stop her from enjoying herself at the Gran Casino Via.

"The casino was so great," Marquez told PokerNews. "I think right now I have to put Madrid up there as my new favourite stop!

"The casino is in an old historic building and is really cute. There's a nice hotel and it's in the best spot in the city - right in the center! You walk outside and you're literally walking around the heart of the city."

In the past, Marquez has played on numerous occasions in Madrid, but none of those venues come close to the Gran Casino Via.

"I have good memories from the other locations, but they're not nearly as good as the new location. I think it changes the whole experience."

888poker have several events left on the 2020 calendar including their upcoming event in Bucharest, but Marquez is still relishing memories of her time in the Spanish capital, mainly due to some extra special people on the rail!

"It was awesome - there's nothing better than to play with your family around!"