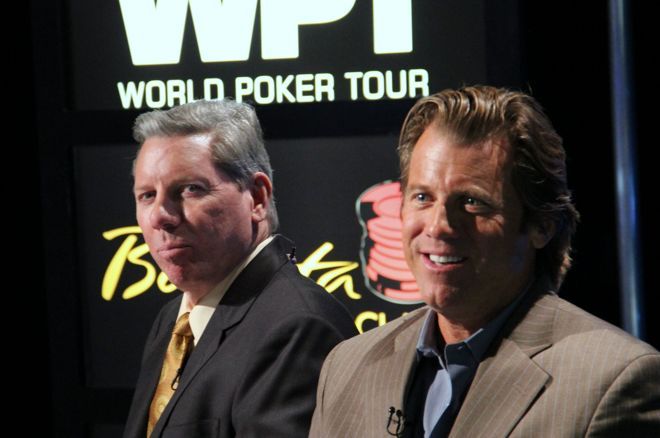 The bulk of that impressive sum, €1.5 million to be exact, is reserved for the €3,300 buy-in WPT Germany Main Event.

How Far Will Van Patten Walk?

World Poker Tour commentator Vince Van Patten is among those heading to Rozvadoz for the WPT Germany festival, although it’s not known what day or time he will actually arrive.

This is because Van Patten is ready to participate in a special prop bet to help promote his new film, 7 Days to Vegas.

The film is loosely based on Van Patten’s story and follows Duke Madson, a washed-up actor who becomes a profitable poker player. Part of the movie tells of a prop bet o walking from Los Angeles to Vegas. Van Patten is now hoping to make a similar prop bet involving his trip to WPT Germany.

“Last year I was involved as a writer, producer and lead actor in the movie 7 Days to Vegas, which tells the story of the bettors prop bet of walking from LA to Vegas. With the location of King’s Casino being accessible from so many places in Central Europe I want to be dropped off and make my way there, and I am willing to bet on whether I make it carrying no money. Bring it on!”

King’s owner Leon Tsoukernik says he’s looking forward to welcoming Van Patten and is considering taking him up on his prop bet. He also had some word’s of advice for the former tennis pro, “remember to pack your coat!”

Where do you think Van Patten should start his cashless journey to Rozvadov from and how much would you bet on him not achieving his goal? Let us know in the comments box!

How to Play the WPT Germany Main Event

Players can play both Day 1 and Day 2 of the WPT Main Event online at partypoker. Progressing from this tournament on February 9th guarantees they’ll be in the money when they head to King’s Resort in Rozvadoz to complete the tournament.

Other highlights of the WPT Germany festival include the €500,000 guaranteed Opener, which has 20x €3,300 WPT Germany Main Event seats added to the prize pool.

Rule the Tables with a 20 Golden Chips Bonus at Casino.com

Come and Get Your $1600 Welcome Bonus at Jackpot City Casino