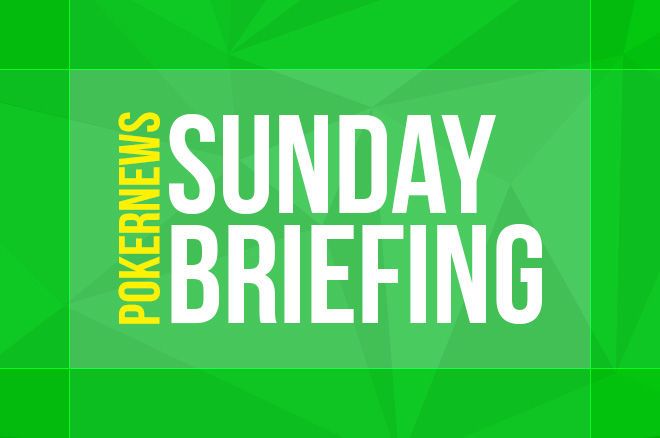 Greece’s “WOLFIE” fell in ninth and was joined on the rail first by Nicklas Astedt then by Diogo “EsteSenhor” Veiga, “dirtynude” and China’s “LY_LOVE”, the latter being the last player not to lock up a six-figure prize.

Arthur “meiiYunqi” Conan of Ireland collected $113,928 for his fourth-place finish with “eldonko” banking $166,271 when his tournament ended in third-place.

There was more than $110,000 difference between first and second place but the heads-up duo neglected to strike a deal. This resulted in Pavel “EzzzGame” Plesuv netting $242,660 when he crashed out in second-place, which left Zufic to collect the monster-sized $354,147 top prize, the largest score of the weekend’s action.

Germany’s Rudi Ratlos was another recipient of a six-figure prize, namely a cool $111,641. Ratlos secured this huge payout after topping a field of 121-entrants in the Side Event: $3,150 Bounty King.

An incredible $71,859 of his prize stemmed from the bounty prize pool, including the bounty on the head of Alexandros “THE Sheriff” Theologis who he defeated heads-up.

The rest of the final table read like a who’s who of the poker community. Nicklas Astedt busted in ninth with James “PHJ10” Carroll seeing his tournament end abruptly in eight. Former WSOP Main Event runner-up Dario Sammartino fell by the wayside in seventh and was joined on the rail by “Tourmination” then Alex Foxen; Foxen scooped $14,040 with bounties included.

Dimitar “bombok032” Danchev crashed and burned in fourth-place before Manig Loeser exited in third, a finish worth a combined $38,582. Then Ratlos sent Theologis to the showers to conclude this event.

Check out this selection of the biggest scores from GGPoker on September 13:

Over at partypoker, Ludovic Geilich took down a WPT World Online Championships side event and walked away with $44,591 reasons to be cheerful.

Earlier at that final table, Tamas Adamszki, Allan Berger, and Russian grinder Artur Martirosian all ran out of steam before Geilich got his hands on the lion’s share of the prize pool.

Phil Mighall padded his bankroll with $78,294 after becoming the last man standing in the WPT 8-Max Weekender. This $1,050 buy-in PKO event saw some of the world’s best player among the 489 entries.

A handful of those elite players navigated their way to the final table. Scott Margereson finished seventh with four-time WSOP bracelet winner Dominik Nitsche falling by the wayside in fourth. Adrian Mateos ducked out in third, which left Mighall and fellow Brit Ian Bradley to battle it out one-on-one for the title. Mighall triumphed and resigned Bradley to a consolation prize worth $50,337.

Some of the other notable partypoker results from September 13 included:

Conor “1_conor_b_1” Beresford continued his hot run of form by taking down the $1,050 buy-in Sunday Supersonic at PokerStars on September 13. Beresford banked $21,386 for his victory, which only took two-hours 19-minutes from start to finish!

Beresford overcame the likes of Teun “tinnoemulder” Mulder and Chris “ImDaNuuts” Oliver at the final table before defeating “Sintoras” of German heads-up for the tournament’s top prize.

PokerStars’ other Sunday Supersonic commanded a $215 buy-in and saw 492 players take to the felt. This event was over even faster than the one Beresford won, finishing in two-hours five-minutes.

“pokermeplezz” of New Zealand was the last player standing when the dust settled and they collected $17,859. “GLJ555” was the tournament’s runner-up and they banked $12,862, the only other five-figure prize awarded.

These are some of the PokerStars highlights from the weekend which don’t include WCOOP events that are recapped separately.

Finally, over to 888poker where several players padded their bankrolls this weekend.

Uruguay’s Fabrizio “DrMiKee” Gonzalez won the 888Millions Sunday Special. This tournament featured in our Weekend Preview because we believed it would overlay. We were correct because the 402 entrants left 888poker adding $19,600 to the prize pool to make up the $100,000 guarantee.

Gonzalez was the main beneficiary of this because he finished in first place and saw his $215 turn into $19,350. The runner-up, “alexkoab05” and third-place finisher “algsxr” also banked five-figure prizes, $14,500 and $11,000 respectively to be exact.

Denmark’s “IWinWithAny2” lived up to their name as they tasted success in the 888Millions Sunday Challenge. This $109 buy-in $25,000 guaranteed PKO event saw the Dane collect $5,203 for his victory.

The biggest 888poker prize went to “Creative.” who emerged victorious from the 888Millions Sunday Mega Deep. Again, there was a chunky shortfall in the guarantee with 888poker having to add $20,600 to ensure the $100,000 guarantee was hit. Like the Sunday Special, the top three finishers won more than $10,000.