Head to the 888poker LIVE Bucharest Main Event in March for $0.01 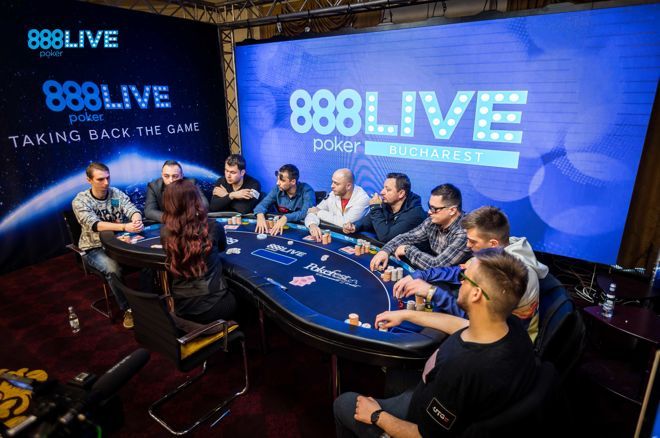 The 888poker LIVE tour has many amazing stops planned included another year partnering with the World Series of Poker this summer.

The 888poker LIVE London Kickoff 2019 at Aspers Casino Westfield Stratford City on Feb. 7-10, featuring a £440 buy-in event with a £120,000, kickstarts the year. There are many satellites to this event running online at 888poker which you can read more about here.

Also just around the corner is the 888poker LIVE Bucharest at the Intercontinental Hotel on March 4-10. Many big names already plan to attend this festival including 888poker ambassadors Dominik Nitsche, Chris Moorman, Vivian Saliba, Martin Jacobson, and Ana Marquez.

The highlight of the Bucharest festival is the 888poker LIVE Bucharest €888 Main Event featuring a €300,000 guarantee. The tournament features four opening days on March 8-10 with players starting with 30,000 in chips.

Blinds increase every 40 minutes during the first three flights. The fourth and final opening flight is a turbo affair with 20-minute blind levels.

Players bagging chips will compete for two more days on March 9-10 until a winner is crowned. The final table will provide players extra time to make some moves with blind levels increasing to 60-minutes.

If the €888 Main Event buy-in is too expensive for you or if you also need to consider travel and accommodations, 888poker has you covered.

888poker is hosting $109 online satellites where you can win a $1,900 package that includes everything listed below.

The next $109 satellite takes place on Thursday, Jan. 23 at 6:20 p.m. GMT and guarantees at least two packages to be awarded. If you miss this one, more will be running on following Thursdays at the same time.

If you are looking to save even more money, there are plenty of feeder tournaments into this satellite starting as low as just $0.01!

If you would like to try to qualify for the 888poker LIVE Bucharest Main Event for just one penny, you will need an account. Listen up if you don't already have an account as we are about to tell you how you can get a bonus much better than 888poker normally offers to its new players.