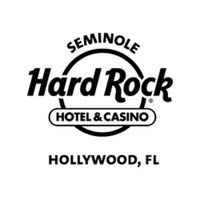 The Seminole Hard Rock Hotel & Casino Hollywood is one of the United States’ premiere gaming destinations. The property originally opened in 2004, but in 2019 they completed an industry-changing $1.5 billion renovation, which included a skyline-altering 450-foot high guitar-shaped hotel, which includes 638 rooms.

The expansion also included a new 18,000-square-foot poker room with 45 tables in which visitors only need to be 18+ to play. The award-winning room is open 24/7 and offers a comfortable setting in which players can watch live sports action thanks to plenty of flat-screen televisions and a massive projector.

Games such as Limit and No-Limit Texas hold’em, Omaha hi-lo, and 7-card stud are spread regularly at all different stakes, from $1-$2 NLH up to $10/$25 NLH regularly. In addition, Seminole Hard Rock Hollywood hosts some of the most lauded tournaments in the country.

The poker room at Seminole Hard Rock Hollywood offers various levels of cash games from $1-$2 to $10-$25 no-limit hold’em, with higher stakes available upon request. They’re also willing to spread most games from Texas Hold’em to Seven-Card Stud and Omaha Hi-Lo, among others.

Higher limits are available upon request

Seminole Hard Rock Hollywood hosts tournaments every day with buy-ins ranging from $130-$240. A full daily tournament schedule can be viewed on the Bravo Poker app.

In 2021, the $5,250 SHRPO Championship Event saw Dimitry Vorbe top a 1,180-entry field to win the prestigious tournament for $929,365. He added his name to a long list of SHRPO winners including Blair Hinkle, Daniel Colman, and Jason Koon, just to name a few.

The Seminole Hard Rock Hollywood all-time money list is in constant flux given they’re always hosting tournaments. As of September 2021, Daniel Colman sits on top with $2,510,966 in tournament winnings, though both Justin Bonomo and Jason Mercier are hot on his heels with $2,480,463 and $2,354,112 respectively.

Courtesy of The Hendon Mob.