Finding Your Way at the Micros: Learning How to Win Consistently 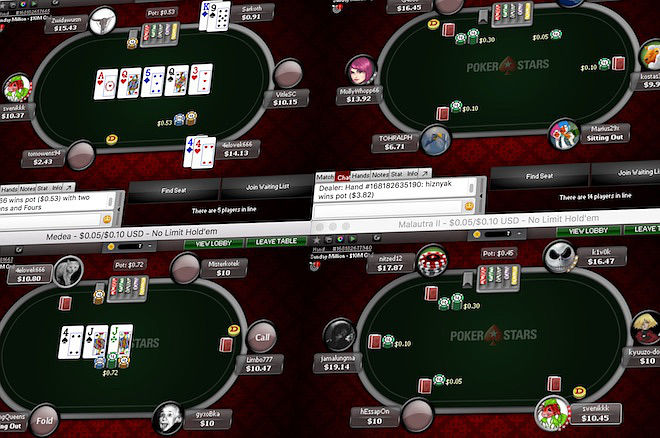 For many people getting started in poker, the hardest part is often just figuring out how to win consistently at the lower stakes. Once you learn to become a winning player over the long term though, sitting down to play poker really becomes just like printing money to you.

In this article I am going to outline several strategies to get you winning consistently at the micro stakes right out of the gate.

1. Play Against the Right Opponents

The most important factor affecting your poker results will always be who you play against.

Poker is a game played by people against other people. If you consistently play against opponents who are at a lower skill level than you, then you will without a doubt win in the long run.

How do you determine if somebody is at a lower skill level than you? Whether playing live or online poker, you want to look for players doing things like:

All of these are classic signs of recreational, losing poker players. If you consistently play against players like this — and, of course, you avoid doing these things yourself — it really is impossible not to turn a profit in the long run.

One of the biggest issues that newer players struggle with is getting overly frustrated by bad beats. In fact from working with countless students over the years, I know that by far the number one reason why people do not have success at the micros is because of tilt.

When the bad beats start to pile up, many players get frustrated and start playing poorly. They eventually end up handing back all of their profits and more.

It is really important to understand that bad beats are a part of poker and they always will be. Sometimes they will happen for days, weeks or even months on end.

You have to stay focused on the bigger picture no matter how bad it is going for you at the poker tables.

3. Learn How to Quit

One of the best ways to get focused on the long term — and to avoid the tilty losses that destroy the bankrolls of so many others — is to learn how to quit.

Once you realize that poker is indeed just one long game, you will stop getting so wrapped up in the day-to-day ups and downs.

We are all human and losing with the best hand three, five or 10 times in a row is not easy to take, no matter how you try and reason with it. This is why creating an effective quitting strategy can be one of the biggest lifesavers for newer poker players to prevent them from going on destructive tilt.

I suggest having a stop-loss in place where if you lose 5 buy-ins (often 500 big blinds in NL games where you've bought in for the max), then you absolutely must turn off the computer (or leave the casino), and not play again that day.

Having a plan like this in place prevents you from going off the deep end and throwing away buy-ins while on monster tilt as so many others do. You can even adjust the stop-loss up or down depending on your tolerance to adversity at the poker tables.

The main point is to have a solid plan in place to quit when it clearly just isn't your day.

TAG poker — that is, tight and aggressive — is still absolutely the best style for newer players at the micros. This means that you only play mostly strong hands and then you play them aggressively both before and after the flop.

After the flop you should continue to be aggressive most of the time by making a continuation bet on the flop and sometimes on the turn and river as well.

This is the essence of what TAG poker is. It crushes recreational poker players and many of the weaker regulars, too.

Don't try to reinvent the wheel when you are just starting out at the micros. Keep it tight and aggressive.

Lastly, the biggest key to success as a newer poker player at the micros is just to keep everything as simple as possible.

People try to complicate things way too much these days. They are always looking for that magical formula or strategy, or they think getting coached by some high-stakes guru will be their key to success.

Here is the real truth instead.

The surest and easiest path to consistent profit at the lower limits is to play in easy games, to learn how to control your emotions (or quit if you can't) and to play a very simple TAG strategy.

Indeed, as I discussed last week on my blog, the biggest reason why the very best poker players consistently win big is not because they know so much more about the game than others. It is because they are simply more disciplined than everybody else.

Practicing smart table selection, having emotional control, employing a simple strategy and using good bankroll management all just boils down to being a disciplined player at the end of the day. If you really want to win big in poker, then you have to be willing to go the extra mile in all of these areas.

Most people will not be willing to make this effort. And not doing so will ultimately end up showing up in their results

Figuring out how to win on a consistent basis at the micros is the hardest thing to do for most newer poker players. However, once you learn how to turn a profit in this game consistently against weak players at the lower limits, then improving your skill set and moving up to make more money is relatively easy.

Unfortunately, most people never get past that initial stage.

This is why it is so important in the early going to play against the right opponents, to prevent yourself from tilting, to stick with a very simple TAG strategy and always to play within your bankroll as well.

If you follow these guidelines, then you will without a doubt start turning a consistent profit at the lower limits.