Five Ways to Beat Calling Stations in Your Home Game 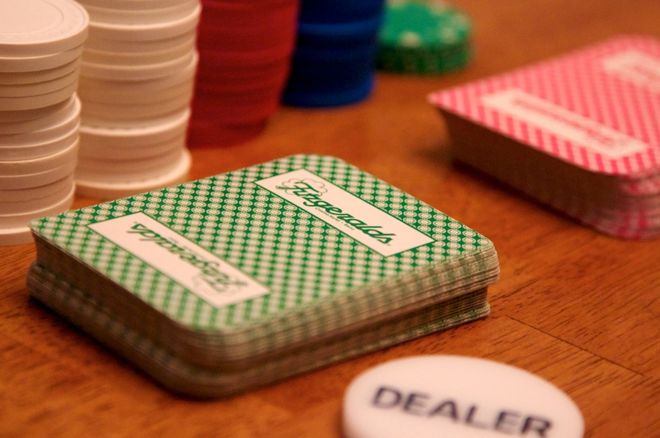 The calling station, known more formally as the loose-passive player, is a frequent fixture in many home games. He is the player who rarely initiates action, but who also rarely folds until he is certain he is beaten.

Though he would never be mistaken for a highly-skilled player, his presence in a game sometimes upsets those who think of themselves as strong players. These "good" players frequently lament that such calling stations are bad for a game because they don't have the sense to fold when they "should."

Is this true? Should a skillful, winning player avoid games with these loose-passive players?

The answer is an emphatic NO! You should not avoid these bad players. Rather, you should look for them, welcome them, and encourage them to sit in your game. They are the ideal opponents — if you know how to take advantage of their style of play. This article will help you do just that.

Admittedly, it can be frustrating to have a calling station in a game with you, especially so when the table is full of them. Since they rarely fold early in the betting, they frequently hit hands that are unexpected that may go on to beat you, even if you started in the lead.

Similarly, since they rarely raise or otherwise initiate the action, you are sometimes surprised at showdown when they reveal a hand that was always in the lead and that you would have bet strongly from the beginning if you'd had it. Since they didn't bet their strong hand, you bet against them all the way to the river, only to find that they were always ahead. They didn't slow play strategically, but they fooled you nevertheless with the weak way they played the hand, costing you money in the process.

Recognize from the beginning that even though this is can be exasperating, the situation is exploitable and can be profitable for you — eventually, at least — if you handle things well.

Realize that you won't get them to fold just because you are the aggressor. Unlike your other opponents, these loose-passive players won't infer strength from your bets — at least not sufficiently to fold their weak hands. Accordingly, the fact that they have called your bet doesn't mean they're strong. In the parlance of today, they will draw against you with a huge range. You must exploit the likely superiority of your hands against the loose-passive calling stations.

Here are five ways to play against calling stations, all of which will improve your chances of profiting against them.

1. Expand your range of raising hands

Let's say you're playing $1/$2 no limit hold'em. You have a reasonably tight-aggressive image (to the players who are paying attention). They're on your right and call the big blind. You have

. Raise to $20. Expect your better opponents to fold, and for the calling station on your right to call with just about any hand. He's already in for $2, so he'll tend to call for another $18.

True, occasionally he will be ahead of you. But over time, he will call you more frequently when he is behind, increasing your profit in the process.

Don't plan on check-raising, trapping, slow playing, or making other "clever" moves against the calling stations. They're unlikely to bet or move off of their hands based on what you do, so don't make any plays that depend on manipulating them into the wrong action.

They have one big wrong action, and they perform it repeatedly — they call too much. They also raise too infrequently. Take advantage as much as you can by being aggressive when you judge yourself to be in the lead.

3. Respect their action (rare though it may be)

When your calling station opponent does make an aggressive move, be inclined to get out of the way — he is almost certainly loaded. Why else would he deviate from his default action of checking and calling? Even calling stations recognize situations when they almost surely have a great hand. If he three-bets preflop in hold'em, or raises in stud when he hits an ace, give him credit for the hand he is representing and (unless you hold a monster) fold.

There is one significant exception to this recommendation worth noting. Some of these calling stations — unlike the weak-tight players we were discussing recently — cannot back down from a fight once they're in it. If you're behind them, but have a big draw, you may often get paid off when you hit.

Let's say you are in a $2/$5 no limit hold'em game against a few of these calling stations. One of them uncharacteristically three-bets preflop. His action knocks out all of the other players except for you. You have a small pair. Even though you are nearly certain that he is far ahead of you, with aces or kings likely, if your stacks are deep enough, call his raise with your underpair. If you hit your set, you are almost certain to stack him off, since he won't be able to fold his big hand no matter what you do.

4. Don't forget a value bet on the river

When in doubt on the river, bet. Since a calling station rarely shows strength or weakness in the play of the hand, and he is likely to start with a very wide range, you are more likely than not to be in the lead on the river and should not miss that opportunity to bet for value.

True, he may have you beaten by having picked up a hidden winner. But more often he will be weaker than you and will call. Your overall profit depends on taking advantage of these extra opportunities when he will call you and lose.

5. Stick around while they are in the game

It's tempting to give up, out of frustration, when you suffer bad beat after bad beat to calling stations. They don't have the sense to fold when behind, and will sometimes outdraw you. It happens.

But if you quit the game out of frustration, you are missing an opportunity to win from a player who will lose to you in the long run. As long as your skills and self-control are still going strong, you want to stay in a game with these players as long as you can.

The rules of probability are immutable. You must have sufficient faith in them to sustain you even when the short term effects of luck are driving you crazy.