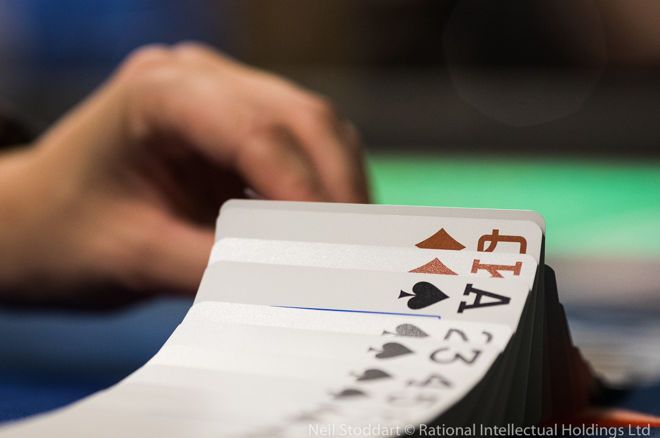 I've been watching some poker training videos lately. They were focused on the topic of ranges, with the presenters talking a lot about the likely ranges of opponents and the range one should adopt for playing against those likely ranges.

To supplement the discussion, they had charts showing all the likely hands an opponent might be playing. Often they discussed the core hands that were most likely, and then moved on to the fringes of the range, including possible marginal hands and bluff hands, all of which were illuminated in different colors on the charts.

These vast graphs were then dissected and analyzed further with PokerStove in order to determine how one range did against another, all with the purported goal of helping viewers learn how to play against likely opponents.

The presentations left me breathless with their specificity. I found the videos very thoughtful, highly insightful, and chock full of brilliant statistical analysis. However, I think it's possible they may be sending exactly the wrong message to players in typical no-limit cash games.

As a result, this detailed focus on specific ranges will cause many to avoid thinking about what they need to be thinking about — namely, their own short-term image in the mind of their opponent. Similarly, this focus on specific hand ranges may well unduly confuse a typical player's play, while a simpler and more basic strategic plan might be more practical and useful.

I think this is the case for four reasons chiefly.

1. Most opponents in the typical no-limit game aren't paying much attention to your play.

I've played and had conversations with thousands of opponents, all over the world, in countless $1/$2, $1/$3, and $2/$5 no-limit games. Though not conducting any scientific survey, based on this anecdotal evidence, I would say that no more than 20 percent of them have read even one poker book or strategy article or watched a poker training video.

In other words, they are not thinking that much about your range, and surely not thinking about what cards you've played in the past.

2. Most opponents have little if any card memory.

The books, articles, and videos often say you need to "balance" your play so your opponents don't get too keen a read on your hand ranges, lest they exploit them.

Really? Ever see how often many opponents recheck their hole cards? These are their own two cards, and they don't remember them even for the play of one short hand. Do you think they recall, with even the slightest amount of specificity, what you held when you're just one of a dozen or so opponents they've played against over the last couple of hours?

This is another reason not to fret too greatly about balancing your range. My opponents might know me as a tight player, but very few will be thinking about whether my range in a given spot includes a suited ace, a low pair, or middle suited connectors.

Think instead about how many hands you've folded in the last hour. That's something they might have noticed, and therefore might color how they play against you.

3. The sample size of hands you've shown down has been microscopic.

I'd say, unscientifically — though again, based on a lot of anecdotal evidence — that there are maybe three or four showdowns per orbit in a typical no-limit game in a public poker room. Of those, how many showdowns are there per player per hour? Fewer than one!

Now think about all of the different combinations of position and possible betting actions. Let me help. There are four broad positions (early, middle, late, blinds), and not counting a fold three possible betting actions per position (call, raise, reraise). That's 12 position-betting combinations. Now do the math. Even if you show down, let's say, two hands per person per hour, that's only an average showdown of once every six hours per position-betting combination.

How are your opponents going to get a real bead on the hands you're playing for a raise in late position preflop when he has only seen your cards one time in six hours in that position when you have taken that betting action? The simple answer is they won't.

When playing in a public poker room, with players rotating in and out of the game, don't worry too much about any of them noticing what hands may or may not be in your range.

4. Ranges are amorphous and are constantly changing for all sorts of reasons.

The vast majority of the thousands of players I've played against do not have anything close to a definable range, and surely no static range in different positions. Their play is just too naturally varied and unpredictable.

They may have general patterns of play that can be categorized broadly. They're loose, passive, tight, aggressive, sticky, maniacal — sure. But their range of hands is neither precise nor stable.

Sometimes they may make a large three-bet in mid-position with ATs+. Other times they may fold some of the hands in the lower part of that range from the hijack. Or call with those hands. Or make a min-raise with those hands, their decision based not on some grand discernible strategic schematic but on their whim, their mood, how they think they're running, how big their stack is, how much money they have in their wallet, their daily horoscope, or on how soon they're planning to get up from the table.

Accordingly, though it will be useful to think in the broadest terms about their general style of play, it doesn't help to try and put them on a range of hands.

To be sure, full-blown range analysis as I've observed and described above is useful for those who play at the highest level, against many of the same opponents, who are at least moderately rational and predictable in their habits of play. But for the vast majority of us in the typical no-limit games, they are more intellectual exercises than a practical ones, causing many to get lost — mistaking, as they will, the forest for the trees.

Where to Find the Best Casino Tournaments

Satellites: The Hardest Way to Make the Easiest Living