Which Type of Poker Player are You? 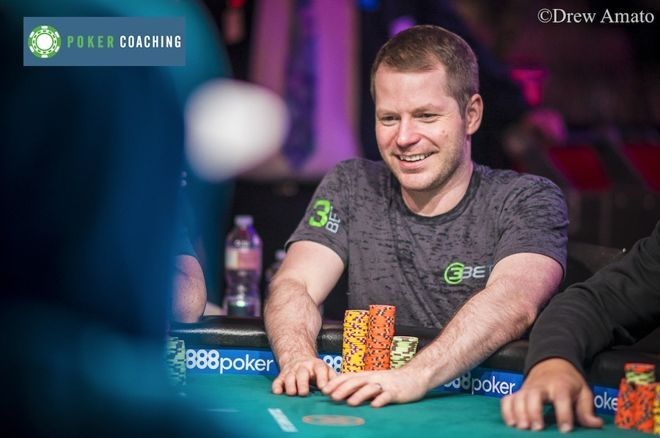 Almost everyone thinks they play poker to try to win money, but that is far from the truth.

In poker, and most other games, there are three types of players. While it is important to understand the reason you play, you should also observe and analyze your opponents' motivations. If you learn to give each type of player what they want, they will give you what you want, allowing you to leave the poker table content more often than not.

The first player type, which makes up the majority of the player pool, plays mostly for the social interactions. While these players say they care about winning, they actually don't care if they win or lose, as long as they don't lose too much. They tend to develop a simple strategy and follow it rigorously. While most of these players lose relatively small amounts, they provide much of the money that eventually trickles up to the high stakes games.

When you encounter the players who crave entertainment, make a point to show them a good time. Feel free to chat with them and be sure to congratulate them on their winning hands. If you care about winning and the longevity of the game, it is mandatory that you do not sit like a statue and ignore them. Ideally, you want to make these players as happy as possible while they play in a game they cannot beat.

The second type of player gets a thrill out of pushing the boundaries of the game. While these players can be either loose or tight, they are usually polarized to one extreme or the other. Some of these players take great pride in folding powerful hands when they suspect they are beat. On the other end of the spectrum, others frequently run insane bluffs whenever they think their opponent does not have the nuts. While most of these players study the game and try their best to win, they get so far out of line that they become unprofitable.

These players are fairly easy to play against once you figure out their tendencies. If they fold when you apply a lot of pressure, apply pressure. If they bluff off their stack any time they sense weakness, try to look as weak as possible when you have a strong hand and then don't fold. All you have to do is set a trap and let them fall in.

When one of these players shows their "amazing" play, make sure you congratulate them and reconfirm that they should be looking to make these ridiculous plays as often as possible. These players make up a large chunk of the middle stakes player pool because they are thinking enough to beat a player using a simple system but are not capable of playing a fundamentally sound strategy that is required to crush the high stakes.

The third type of player plays purely to win. They are not looking for social interactions and tend not to get excited over the outcome of any individual hand. They make a point to play their best every time they have a decision. They go home happy whenever they play well, regardless of the outcome. These players make up the vast majority of the high stakes player pool, even though they make up only a tiny percentage of the entire player pool. Most of these players think at a high level and generally don't make too many mistakes. Obviously, these are the players you want to avoid whenever possible.

I am the third type of player. I am not simply looking to hang out and have a good time at the poker table, and I certainly don't get a thrill out of bluffing someone out of their seat. Unfortunately, there have been times where I was overly quiet at the table, providing little to no interaction. This flaw that I have worked hard to overcome. It is important to recognize what you do incorrectly so you can work to improve it.

In general, you will find most excellent players are primarily the third player type with a little bit of the second player type mixed in. Very rarely will you find someone who is playing purely for social reasons in the high stakes games. If you want to rise to the top, you have to stop treating poker like a social or gambling game and understand that your "job" is to study hard away from the table and make the best decisions you can at the table.

In order to keep your game profitable, you must be nice and make the experience of playing poker enjoyable for the other players at the table. While you may not want to talk at the table or be congratulated when you run a standard bluff, you must recognize that your opponents crave those things. If you give your opponents what they want, they will continue to play the game and eventually give you what you want. It is important to realize that winning players trade their time for money, and the losing players trade their money for entertainment.

So, which type of player are you? If you actually want to win but don't approach the game in the correct way, that's fine. You can change! If you want to change your approach and finally become a winning player, get your free trial at PokerCoaching today. There you will be able to test your skills in the interactive quizzes and complete difficult challenges, significantly improving your poker skills.

Get your free trial now at PokerCoaching.

Thanks for reading and good luck in your games!

Jonathan Little is a professional poker player and author with over $6,800,000 in live tournament earnings. He writes a weekly educational blog and hosts a podcast at JonathanLittlePoker.com. Sign up to learn poker from Jonathan for free at PokerCoaching.com. You can follow him on Twitter @JonathanLittle.

How to Respond When Facing a 'Misclick' Minimum Reraise