Got GTO? The Connection Between “A Beautiful Mind” and Perfect Poker 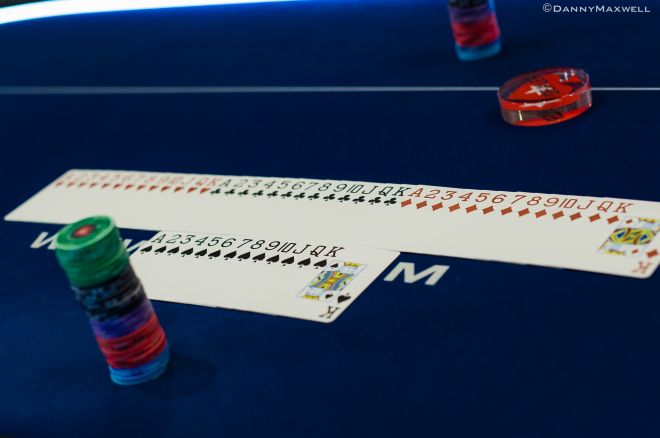 The famous mathematician John Nash died in a car crash last month, along with his wife, Alicia. They were on their way home from Norway, where Mr. Nash had received the prestigious Abel Prize for his contributions to mathematics. He had previously won the 1994 Nobel Prize in economics. Many people outside of academic circles knew of Nash only through his biography, A Beautiful Mind, and the 2001 film of the same name.

What do Nash and his contributions have to do with poker? Plenty. You may have heard people talk about an “unexploitable” poker strategy. That concept stems from Nash’s work. In order to explain the connection, it helps to start with a game far less complicated than poker, something called “The Prisoner’s Dilemma.”

Here’s how it works, as spelled out by another mathematician, Albert W. Tucker, whose explanation appears in the Wikipedia entry on the game:

Two members of a criminal gang are arrested and imprisoned. Each prisoner is in solitary confinement with no means of speaking to or exchanging messages with the other. The prosecutors do not have enough evidence to convict the pair on the principal charge. They hope to get both sentenced to a year in prison on a lesser charge. Simultaneously, the prosecutors offer each prisoner a bargain. Each prisoner is given the opportunity either to betray the other by testifying that the other committed the crime, or to cooperate with the other by remaining silent. Here is the offer:

Suppose you’re A. What should you do? It obviously depends on what B will choose. If B betrays you, then you’ll either serve 2 years if you also betray, or you’ll serve 3 years if you remain silent. Clearly, then, if B chooses to betray, you’re better off also betraying.

Therefore, betrayal is your best choice regardless of what B chooses to do. And, symmetrically, B’s analysis of his best choice comes out the same way. This is a simple example of what’s called a “Nash equilibrium.”

Note that the key factor is not that both players in this game get their best possible outcome. They don’t; neither one goes free, or even gets the reduced sentence of just one year in prison. The key thing that makes this a Nash equilibrium is that each has chosen a strategy in which his outcome cannot be made worse by any choice made by the other participant.

The concept of an unexploitable strategy in poker derives directly from this. It refers to a decision in some particular situation for which an opponent cannot make a profitable counter. Another term for such a strategy is “game theory optimal” or GTO.

For every decision you have to make in poker, there is a GTO solution. For most situations, what that solution is usually cannot be known, because poker is such a complex game that even the best computers running the best algorithms cannot calculate it. But an optimal decision does exist. If you were to make every poker decision according to this theoretical model, then no strategy that an opponent could choose would make you a long-term loser.

Of course, nobody plays that way. Real-world human players deviate from GTO all the time, which is what opens them up to being exploited.

To use an absurdly exaggerated example, if you had an opponent in heads-up hold’em who was so tight that he played only when he had pocket aces, and you knew this, you could rob him blind. If he ever voluntarily put money into the pot, then you would know he had aces, and you would fold. Otherwise, you raise, he folds, you take the pot. On average, he would win once every 221 hands, and you would win all the rest.

Raising every hand in this very specific situation would be hugely profitable, because it exploits a terrible flaw — pathological tightness — in your opponent’s play. Doing so requires you to deviate from GTO play yourself, as clearly raising every hand is not generally a profitable long-term strategy.

The deviation that you make from GTO play in turn makes you exploitable. If we introduce a third player into the game who has observed the heads-up dynamics, you obviously can’t continue to raise every hand, because the third player can now take advantage of your excessively aggressive play by selectively reraising you, and you’ll be forced to fold at least your weakest hands.

Are there real-world poker situations where the idea of the Nash equilibrium strategy applies that aren’t as contrived as these examples? Yes, there are.

You may have seen tables of “push-or-fold” strategies. These are for short-handed or heads-up tournament play with relatively short stacks, such that the only two rational choices are to fold or go all in, nothing in between. Because the situation is a simple one, it has been possible to work out mathematically which hands you should fold and which you should shove, such that your decision is unexploitable — that is, your opponent cannot adopt any strategy that improves his own outcome at your expense.

In January of this year, a team at the University of Alberta announced a computer algorithm that plays GTO poker, though only in the specific situation of heads-up, fixed-limit Texas hold’em. The best that any opponent can hope to do against this bot in the long run is break even.

However, as many commentators were quick to point out, that does not mean that the software would do particularly well against any given opponent compared to what an expert human player could do. That’s because the computer’s fixed strategy — it has predetermined what to do in every possible situation — cannot deviate from GTO to exploit the mistakes made by a flawed opponent.

Put another way, a fishy player will certainly lose all his money to the computer over time. But a wily shark of a human opponent will take the fish’s money even faster, because he can analyze the fish’s mistakes and adjust his play to take advantage of the weaker player.

In our original example, neither prisoner’s choice can be exploited advantageously by the other. But neither ends up with his optimal outcome, which would be to go free. Similarly, the perfect GTO-playing computer cannot be beaten, but it also fails to maximize its profits by spotting and exploiting the inevitable errors of its opponents. GTO play is essentially a defensive strategy, not the maximally profitable one.

To return to honoring the man whose work inspired this article, if your opponents aren’t playing Nash-equilibrium poker — and they never are — then you shouldn’t either. Find their weaknesses and make them pay for them while being careful not to let your own play deviate so far from the theoretical optimum that you become easy to exploit.

It is likely to be many years before a game as complex as full-ring, deep-stack, no-limit hold’em is fully “solved,” meaning that the GTO move for every possible situation has been determined. When that day comes, however, remember to tip your poker eyeshade to John Nash, whose beautiful mind will have been what made it possible.