How To Win More From Bounty Tournaments 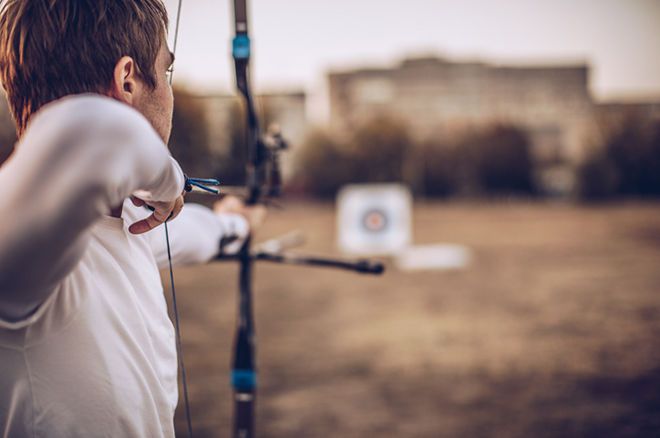 Bounty tournaments are an extremely popular poker variant with dozens running each day. Even more bounty tournaments than usual are taking place over the next week or so thanks to the $10 million KO Series and $25 million Bounty Builder Series running at partypoker and PokerStars respectively.

The rules for bounty tournaments are the same as a standard poker tournament, but the strategy required to succeed is different due to the bounty element. Here, we take a look at a handful of thoughts and concepts you need to be aware of if you’re planning on hitting up some bounty events.

Here, everyone has a bounty on their head from the start, typically around 20% of the buy-in. So in a $100 buy-in tournament, $80 goes to the main prize pool and $20 on the heads of each entrant. Busting an opponent sees you win the $20 on their head.

Some bounty tournaments don’t have a main prize pool and use the entire buy-in for bounties, although these are rare. The only way to win any money from this version is to send some opponents to the showers.

In PKO tournaments, half the buy-in goes to the main prize pool and half on the head of each opponent. Busting an opponent sees you win half their bounty immediately with the remaining 50% going on your own head, which makes you a more attractive target.

For example, in a $100 PKO, $50 goes into the prize pool and $50 on every entrant’s head. If you bust someone in the early stages, you instantly have $25 put into your account and the bounty on your own head increases to $75.

Put this strategy to the test in the partypoker KO Series: Download partypoker now!

One area PKO players go wrong is to think of the bounties in terms of cash rather than chips. Considering bounties as a chip value helps you make better, correct decisions in all-in confrontations. Furthermore, we’re playing in a tournament and not a cash game so we should make any calculations in terms of tournament chips and not anything of monetary value.

Don’t Be Late To The Party!

It’s almost fashionable to register late in MTTs but we urge you to get involved from when the first cards are pitched in a PKO tournament.

Not only does the field have more lesser-skills players in it at this time, the entire prize pool is still up for grabs. Think of it this way, in a $50,000 guaranteed PKO, $25,000 is in the main prize pool and $25,000 is on everyone’s head. If you register an hour into play, a couple of hundred players will have busted and a large percentage of that bounty prize pool is no longer available.

Set your alarm and buy in as the PKO tournament shuffles up and deals.

Don’t Become Obsessed With Bounties In The Early Stages

While winning several bounties means you’re essentially freerolling, don’t become obsessed with getting your hands on them. So many players make the mistake of calling way too light just to secure a bounty payment.

The bounties in the early stages of a tournament are insignificant compared to the prizes and bounties at the business end of the event. Sure, you can afford to call lighter (more on that soon), but you should still concentrate on playing a solid game and going deep into the payouts where the big prize money awaits.

We’ve said not to get carried away with chasing bounty payments, but you do need to be aware of the role they play when it comes to calling all-in confrontations.

The smaller bounties in latter stages of tournaments have no significance at all. Imagine a player still has the starting bounty in the same tournament but the blinds are now 25,000/50,000/5,000a. Their bounty is worth a single ante so completely insignificant (less than 0.5%) when it comes to calculating your calling range.

Come and Get Your $1600 Welcome Bonus at Jackpot City Casino

Facing a River Overbet for My Tournament Life: Call or Fold?