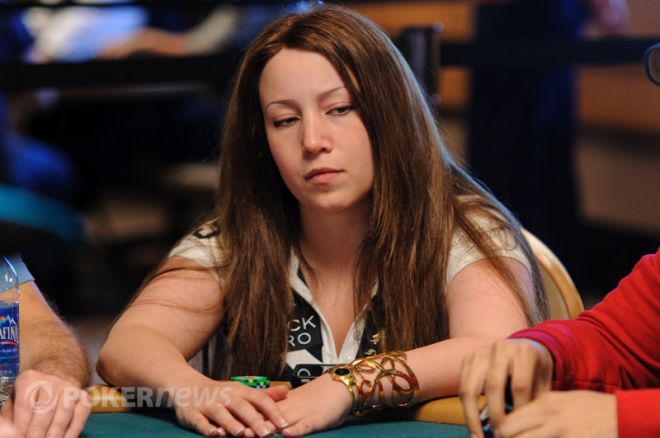 Melanie Weisner has earned almost $500,000 in live and online tournaments including five cashes on the PokerStars European Poker Tour and twice in the 2012 World Series of Poker. Weisner was a guest on the latest edition of the Strategy with Kristy podcast to discuss a few interesting hands she recently played and strategy for the $1,500 Ante-Only event.

Here is a snippet from the interview:

[In an ante-only tournament] I think open-folding most hands is a big mistake just because you have to be really aware of the pot odds given by the ante structure. For example, a pot size during the 25 ante level will be the equivalent to when blinds are 75 to 150. That's in the first level of the tournament as opposed to blinds 25/25 in a regular $1,500 no-limit hold'em event.

I think a good strategy is to mix up your limps with limp reraises as bluffs and for value. I think a lot of people will fold for way less than they should, so you should basically raise an amount you think you can get away with. Like, if you can raise for three antes and take down the pot, that's amazing because that's the equivalent of just calling the small blind. I think raising to the minimum of whatever will allow you to take it is good, so you sort of have to feel out your table and find out what they are and aren't willing to call. Also pay attention to if they are limping strong if they are limping at all.

Also, I don't know if anyone has picked up on this yet, but people are continuation betting based on the size of their open raise rather than the size of the pot. So at 25/25, they will make it 75 preflop and continuation bet 125 or 150 which would normally be two-thirds pot or whatever. But, it's such a small fraction of the pot in this tournament that people are just being able to get away with c-betting one-sixth of the pot and take it down.

Tune in every week for new episodes of Strategy with Kristy. Feel free to send in questions, ideas or suggestions for the podcast to [email protected] Also remember to follow PokerNews on Twitter for up-to-the-minute news.