. Viacheslav Buldygin also came along with the

in the big blind and the flop fell

All three players checked and the

appeared on the turn. Carrel bet 325,000 and Buldygin folded, Tsoukernik called. The

came on the river and Carrel started some table talk already.

Carrel bet 620,000 and then said "this could be the biggest pot of the tournament" to Tsoukernik, who slid forward a big raise without saying a word. Tsoukernik's raise was to 1,700,000 in total and Carrel said "talk to me Leon, tell me what is going on," then apologized in advance for potentially taking a lot of time on this hand.

"I love poker, it is such a good game," Carrel added and stared at the board and Tsoukernik, who gave away nothing at all behind his sunglasses. "Could be ICM suicide," Carrel then said and moved around his seat to get any information.

"This is not a forward motion, I am just picking them up and put them here," Carrel said and put together the chips for the call, still trying to get any kind of reaction from Tsoukernik.

After almost seven minutes, Carrel eventually mentioned "guess I have to" and took some more consideration before taking another 90 seconds and asking for a clock on himself. With less than 10 seconds to go, Carrel called and Tsoukernik turned over his straight.

The Czech, all smiles, then walked over to his rail to high-five and raked in the biggest pot of the tournament so far. 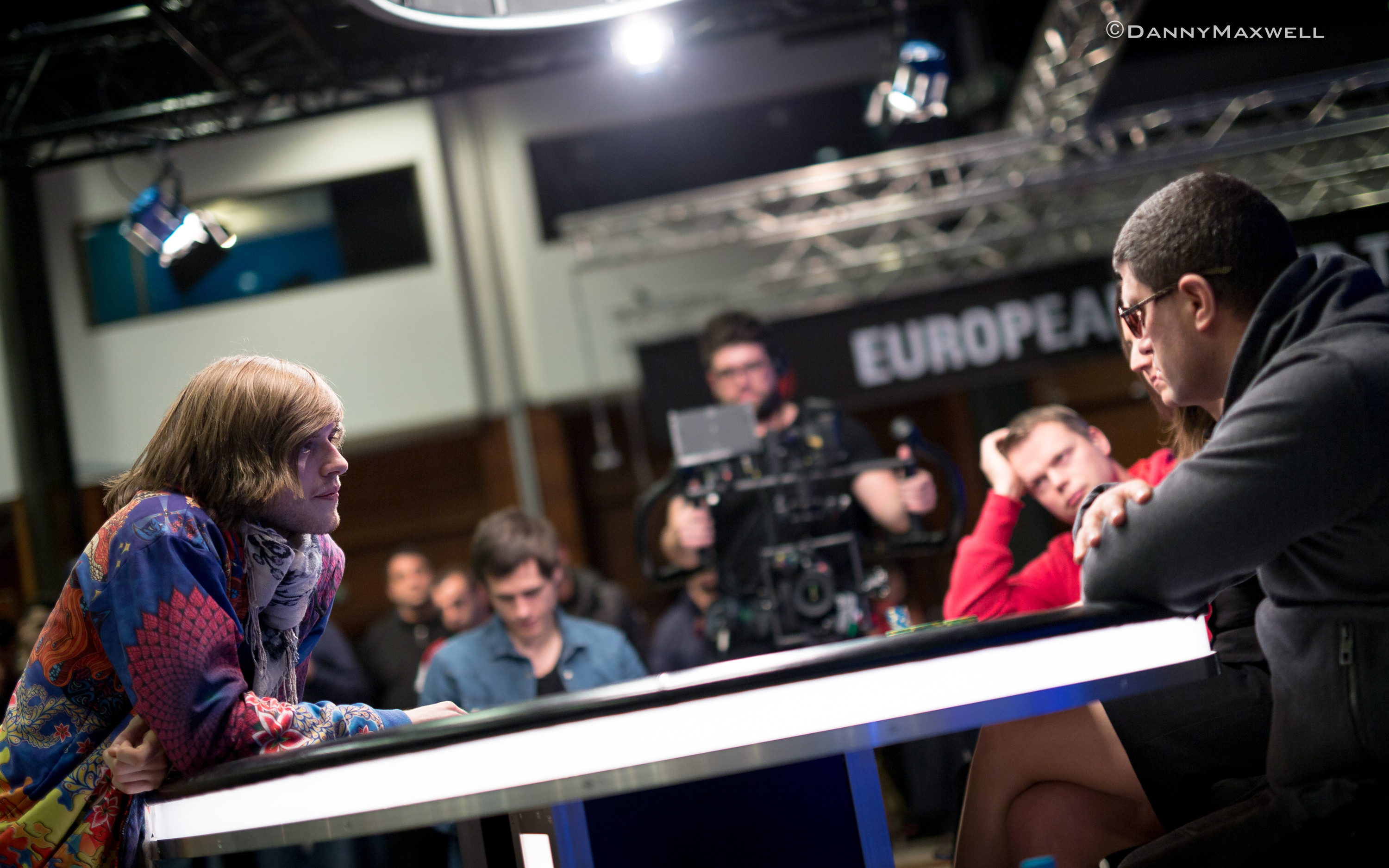