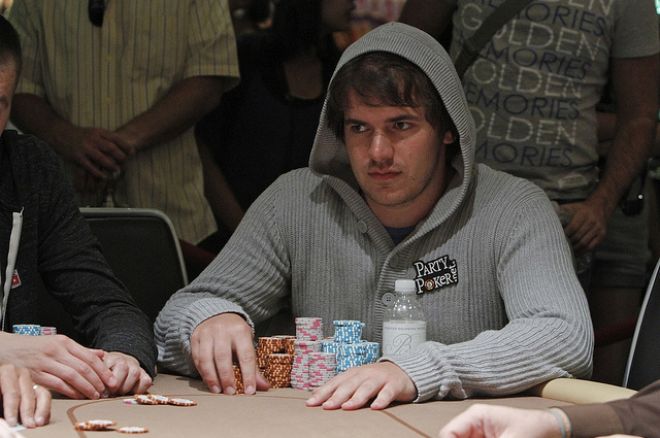 After Friday's day off from the $25,000 World Poker Tour World Championship for the completion of the $100,000 Super High Roller that was won by Tom Marchese, the final table kicked off at 1600 PDT (0000 BST) on Saturday with Marvin Rettenmaier in the lead. It was a long final table lasting over eight hours and nearly 200 hands before a champion was final crowned. Emerging victorious of the $1.2 million first-place prize was none other than the man who began the day on top, Rettenmaier. He bested Philippe Ktorza heads up to win the trophy.

Coming into the final table, competitors Michael “The Grinder” Mizrachi and Nick Schulman were looking to add another WPT trophy to their mantles. Mizrachi had eyes on his third WPT title while Schulman was just five eliminations away from claiming his second. This made for some added drama, and drama there was.

On the 29th hand of the final table, Trevor Pope was eliminated in sixth place at the hands of Ktorza. According to the WPT Live Updates Team, the blinds were in Level 26 at 40,000/80,000/10,000. Pope moved all in on the button for 1.46 million and Ktorza reraised all in from the small blind for 1.7 million. Mizrachi folded his big blind and left Ktorza's

to do battle with Pope's

Nearly 30 hands later, on the 57th hand of the final table, big action went down that saw Mizrachi double through Rettenmaier and Steve O'Dwyer fall in fifth place.

The blinds were up to Level 27 at 50,000/100,000/10,000 and Mizrachi raised to 200,000 from the cutoff seat. Rettenmaier reraised from the button to 485,000, but right behind him was O'Dwyer and he moved all in for approximately one million. Action got back to Mizrachi and he then shoved for 2.14 million. After a minute of thought, Rettenmaier made the call.

Rettenmaier held the most chips and the

. A flop, turn and river of

kept Mizrachi's tens in front and gave him the winning hand. He eliminated O'Dwyer and also doubled up through Rettenmaier to take the chip lead. O'Dwyer walked away with $192,176 in prize money.

Over 50 hands were played out during four-handed action as Rettenmaier began to stretch out a chip lead once again. He had roughly as many chips as his three opponents did combined when the 109th hand of play came up and he picked up a bit more by eliminating Schulman in fourth place.

. It's important to note that during four-handed action, Rettenmaier had been playing super aggressive and really putting his big stack to use. After a board of

After collecting Schulman's chips, Rettenmaier had a commanding lead with 11.575 million in chips to Ktorza's 2.025 million and Mizrachi's 1.625 million. One would think things would be rather routine from here, but they were far from it.

Just four hands after Schulman went out, Ktorza doubled through Rettenmaier. Rettenmaier had ramped up the aggression even more during three-handed play and was really attacking the two shorter stacks knowing the money jumps were big (around $400,000 between second and third and also first and second). Action folded to him in the small blind on the 113th hand and Rettenmaier moved all in. Ktorza called with the

and was dominating the

for Rettenmaier. Rettenmaier's face struck a puzzling look as he wondered why Ktorza would call. At any rate, the board ran out

Then just two hands later, Ktorza doubled through Rettenmaier again. This time, Rettenmaier jammed all in over the top of Ktorza's raise with the

and held up after the board ran out

. It was now an entirely different ball game as Ktorza had pulled even with Rettenmaier and Mizrachi was the one severely short.

board gave Rettenmaier a full house and eliminated Mizrachi in third place. Although Mizrachi missed out on his third WPT title, he did score $424,618.

When heads-up play began, Rettenmaier held 8.55 million in chips to Ktorza's 6.675 million. Only 13 big blinds separated the two and it was a long back-and-forth battle ahead.

On the 120th hand, Ktorza took the chip lead for the first time. He then pulled away with a big pot worth over four million in the 130th hand of play, but Rettenmaier didn't give up. He kept himself together and exchanged blows with Ktorza before doubling up to even on the 151st hand. Then, the madness began to ensue.

On the 160th hand, Rettenmaier doubled through Ktorza after the two got the money in on a flop of

. Rettenmaier's hand held after a

hit the turn and

hit the river. At first, many thought Rettenmaier had one, including himself. After an official count of the chips, it was proved tat Ktorza still had 825,000, or just three big blinds. Surely it was all over, right? Not.

On each of the next three hands, Ktorza doubled up through Rettenmaier. First it was Ktorza's

. On the third double in a row, Ktorza's

. All of that brought Ktorza back up to 6.6 million in chips and just two million away from Rettenmaier.

From there, Ktorza spiked a big double on the 180th hand of play to take a commanding lead on Rettenmaier. His

On the 190th hand, Rettenmaier was able to double back into a slight lead before the final hand came up just shortly after that. After all of the battling, the back and forth, the doubles and the drama, it took a cooler to end this thing.

Rettenmaier raised to 800,000 on the button and Ktorza moved all in for 6.775 million. Rettenmaier quickly called with the

. Ktorza surely thought he had the best of it with his

, but then saw Rettenmaier's kings and all of his hopes seemed dash. No help came for Ktorza on the

For the victory, Rettenmaier walked away with nearly $1.2 million in prize money and a gorgeous WPT trophy. He also earned a seat into the 2013 WPT World Championship where he'll look to defend his title. Congratulations to Rettenmaier on the largest victory of his career and his first seven-figure score.

That wraps up PokerNews recap coverage from the WPT World Championship. We're now fired up and ready to go for the 2012 World Series of Poker and you can find all of our official WSOP coverage on our Live Reporting Pages.