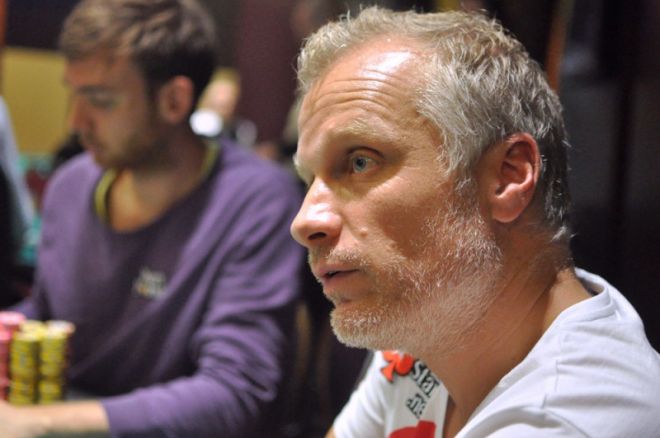 Danish Team PokerStars Pro Theo Jorgensen is recovering in a hospital after robbers shot him three times in his Greve home.

According to various reports, three masked men forced their way into Jorgensen’s home and demanded money. Jorgensen gave the men an unspecified amount of US dollars and Euros, but the robbers demanded more. One of the English-speaking robbers opened fire on Jorgensen, shooting him in the leg three times. Fortunately, Jorgensen’s injuries are not thought to be life threatening.

This violent act took place in front of Jorgensen’s wife, who had to watch helplessly as her husband was shot multiple times in front of her. Jorgensen’s wife called the police, but despite a thorough search of the local area — with the help of specially trained dogs — authorities have yet to find any clues as to the whereabouts of the assailants.

Jorgensen and his wife gave the local police force the following descriptions of the masked robbers:

If you have any information that could help the police locate the suspects, please direct it to Central and West Zealand Police.

On Monday morning, Jorgensen released a short statement on his Facebook page about the incident, which was translated below:

It is important for me to emphasize that I am a cautious man. I have prepared myself mentally and practically that this situation could arise to protect myself and my family against outsiders. I know that the outsiders may have a mistaken idea of how much cash I have in my home. I have alarm systems installed, always so get cash lying as possible [sic] and generally taken my precautions. It has unfortunately proved not to be enough.

I have it under [control] well, and right now I want to focus on taking care of my family, so we can get through this.

PokerNews staff would like to send their thoughts and well wishes to Jorgensen and his family at this traumatic time.