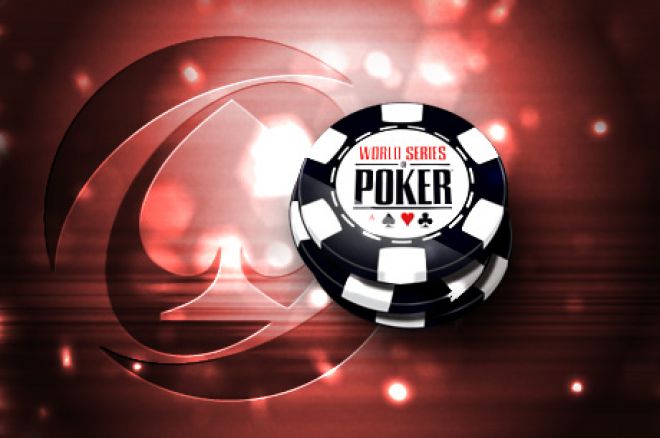 The 2014 World Series of Poker is less than five months away, and we're proud to announce that PokerNews will once again serve as the official live reporting team of the WSOP, providing up-to-the minute coverage of the entire series at the Rio All-Suite Hotel and Casino in Las Vegas.

The action will run from May 27 through July 14 with more than 60 bracelet events on the schedule. The PokerNews Live Reporting Team will bring you all the action from the felt as some of your favorite pros battle it out in the biggest poker tournament series in the world. You can expect to see top bloggers Chad Holloway and Rich Ryan, as well as many other experienced reporters providing updates from every event, giving PokerNews readers a full glimpse of the WSOP straight from the tournament floor.

"PokerNews is extremely pleased to be working as the official live reporting partner for the World Series of Poker once again," said Editor-in-Chief Donnie Peters. "Since 2007, it has been our pleasure to work as the exclusive live coverage provider for the greatest tournament series in the world. We're very much looking forward to another exciting summer of champions and helping chronicle another chapter in poker history."

As always, PokerNews' talented hostesses Kristy Arnett and Sarah Grant will provide daily videos featuring the game's top players and personalities. They will also bring you strategy and post-win interviews, as well as popular segments like Calling the Clock, WAG Diaries, and more.

As of now, three starting dates have been confirmed for the 2014 WSOP – the Millionaire Maker (May 31), the Big One for ONE DROP (June 29), and the Little One for ONE DROP (July 3-4). The excitement is already building around the second edition of the $1 million Big One for One Drop. In 2012, Antonio Esfandiari took home the incredible top prize of $18 million, and this year's event is expected to be even bigger.

Will you be playing in any of the 2014 WSOP events? Make sure you download the PokerNews My Stack app, which connects poker players directly to the PokerNews live feed. Players can update their own chip counts, post comments, and even share photos with other PokerNews readers from around the world. The app is available for iPhone or Android users.

The World Series of Poker will be here before you know it, and we look forward to bringing you another exciting summer of coverage from Las Vegas!