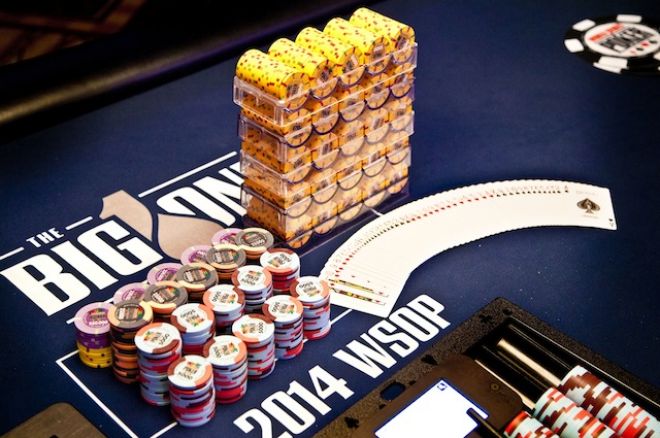 Since 2012, the World Series of Poker has partnered with ONE DROP Foundation, an international non-profit organization dedicated to providing access to safe water around the world. For 2014, the WSOP set a goal of raising more than $5 million for the charity, and thanks to the players, they were able to meet that goal.

Thanks to the world’s largest buy-in poker tournament, The Big One for ONE DROP, as well as The Little One for ONE DROP and and donations provided by WSOP players via the All in for ONE DROP Campaign, the final tally of 2014 charitable contributions amounted to $5,273,047, bringing the total amount raised for charity since 2012 up to $12,205,089.

This year’s The Big One for ONE DROP saw 23-year-old Daniel Colman top a field of 42 players to win a $15,306,668 first-place prize, while Ukraine’s Igor Dubinskyy outlasted 4,495 other entrants to capture the Little One for ONE DROP title and $637,539 in prize money.

“This year’s results are once again outstanding,” said Guy Laliberté, founder of Cirque du Soleil™ and ONE DROP. “We can really say that everyone has come out a winner, not just the players, but all the communities who will benefit from the generous amount raised.”

Here’s how the contributions broke down:

“We are very proud of the poker community who has opened their hearts and wallets so generously in order to make a difference,” said Caesars Interactive Entertainment Chief Executive Officer Mitch Garber. “Poker is a game played globally, and ONE DROP is a tremendous organization working tirelessly to sustainably improve people’s lives. We are very appreciative and thankful for everyone who continues to contribute to the incredible success of this initiative.”

Not only has $12,205,089 in financial contributions been raised for ONE DROP, an additional $5 million of in-kind donations have been raised. These include covered costs for the tournaments, operations, television production and marketing, as well as poker dealers, floor supervisors, registration and payout clerks that have contributed their time and resources.

In 2007, Laliberté created ONE DROP as a non-profit organization that seeks to significantly and sustainably improve living conditions through innovative projects that promote self-reliance in communities worldwide. The latest contributions will be used for water projects in West Africa, India and Central, where an average of $100 can transform someone’s life forever.

The WSOP Big One for ONE DROP will air tonight on ESPN at 8 p.m. ET. Here’s a preview of the episode: