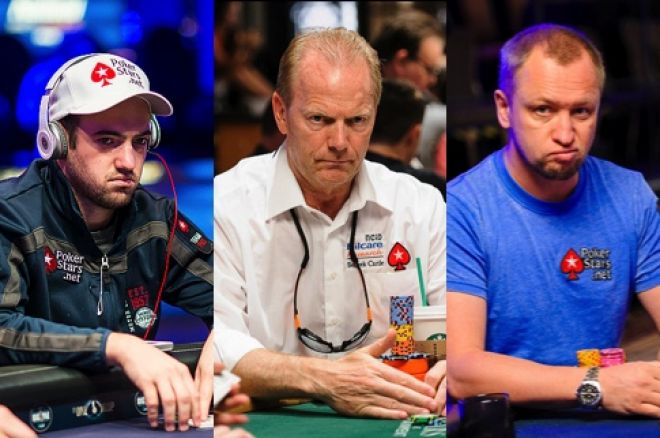 “PokerStars and I went our separate ways,” Cada told ESPN’s Andrew Feldman via social media. He later followed that up with another tweet: “If everyone is wondering what happened with PokerStars and myself, it’s pretty simple. I asked for 100% rake back, they said no.”

Cada won the 2009 World Series of Poker Main Event for $8,546,435 and signed on as a Team PokerStars Pro shortly thereafter. In June of this year, Cada became the first player since Carlos Mortensen to win a second WSOP gold bracelet after winning the Main Event. Cada did so by winning Event #32 $10,000 No-Limit Hold’em Six-Handed for $670,041.

Cada’s profile has been removed from the Team PokerStars page, as have those of Luske and Kravchenko. Luske, affectionately known as “The Flying Dutchman,” is the Netherlands' all-time money winner with $4,381,937 in career winnings dating back to 1999. In a four-month period from December 2012 to April 2013, Luske won five tournaments in PokerStars-sponsored events, including a win in the European Poker Tour Berlin €1,000 Eight-Handed Pot-Limit Omaha event for €32,000.

“About PokerStars, can only say [it was] good, but everything good comes to an end,” Kravchenko said of his departure in a translated tweet.

When reached for comment by PokerNews, PokerStars offered the following: “PokerStars can confirm that Joe Cada, Marcel Luske and Alex Kravchenko are no longer members of Team PokerStars Pro. We wish them all well in their future endeavors.”