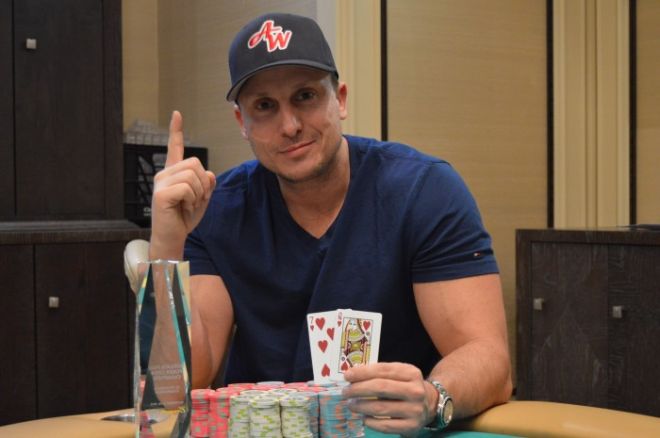 The Borgata Fall Poker Open Championship, a tournament that attracted 557 runners and created a prize pool of more than $1.3 million, came to a close in the early morning hours of Thanksgiving Day. In the end, poker pro Mike Dentale emerged as the last man standing to capture the $336,331 first-place prize, the largest score of his career.

According to updates from the event, Dentale scored his first final table knockout seven-handed. It happened in Level 30 (50,000/100,000/10,000) when Taylor Von Kreigenbergh open-shoved from the cutoff for 1.025 million and Dentale called from the big blind.

Dentale woke up with a big hand, and it held after the board ran out a lackluster

After Sang Kim exited in sixth place, World Series of Poker bracelet winner Chris Tryba followed him out the door in fifth after his

failed to improve against Dentale's

. From there, Dentale worked his way through Scott Matte, Henry Lu, and Jason Paster on his way to winning the title.