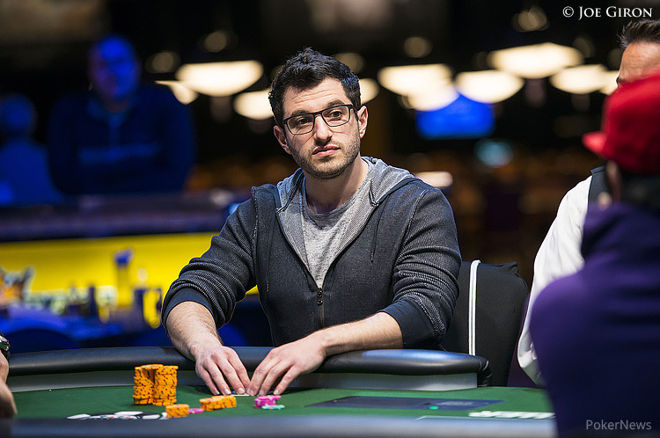 For as much as we all love poker and those involved in the game, it's no secret that the game can have its dark stories. Phil Galfond, a respected high-stakes poker player, recently brought to light one of those dark situations, and his story is the subject of this latest PokerNews Op-Ed.

This past week, I played in a big game at ARIA with some very successful players. At one point in the night, the conversation turned to debt, or more specifically, to people who owe us money. A couple of the stories were about those who'd fallen on hard times and were unable to repay a loan, but the majority of our tales were about outright thieves — people who set out to scam, cheat, or steal from the beginning.

It's disturbing how many of these people are out there, and how they play among us without everyone knowing what they really are. A couple of the names mentioned were people I'd heard of but had never heard anything bad about. At least one was present in the ARIA poker room as we were having the conversation.

We were laughing about it, I suppose because we had all survived despite being stolen from, but it's decidedly unfunny that all of these people keep their reputations intact to steal or scam again.

Many people don't "out" their thief for fear of upsetting them, or for fear of losing leverage. Many believe that their debtor would pay if he were able to, or that they are close to a resolution. In some cases, this is true. In many, the debtor is simply keeping up appearances in order to maintain his reputation.

Others don't speak up because they are embarrassed they were scammed, or because they simply want to avoid drama. They'd prefer to put the whole ordeal behind them, hoping in the back of their minds that one day they'll miraculously be repaid.

The problem is, those who set out to steal from others never have any intention to repay. They are often good at playing a part, and they benefit from our instinct to stay quiet.

We need to fight this instinct, not only to pressure those who owe us, but to show other would-be thieves that they can expect to be outed, and to protect good people from becoming victims.

The stories I heard from my friends are theirs to tell, but I'm going to tell a very recent one of my own. I hope that others will follow suit.

Samuel Touil plays occasionally in high-stakes live cash games in Vegas. He was in Vegas playing regularly this past winter, in between baccarat sessions, and I found myself in games with him on occasion. He seemed to be losing far more often than winning, but also to have an endless stream of reloading money.

One weekend, that stream dried up, and Sammy needed some money until his next wire arrived. Here is where the trouble begins.

The very short story here is that I loaned him $250,000. The long story as to why I did something so seemingly stupid is, well, long, and it involves other people who I don't want to get involved in any public drama.

While I'd like to expound on this part of the story so that I look less naive, it's not the part that matters.

I'd also like to make it clear that I'm absolutely not telling this story for sympathy. I made a decision. I knew the risks involved, and I'll handle the consequences. I'm sure many of you will think I made a dumb decision, and as it turns out, you'd be right.

Obviously, you know where this is heading. Sammy lost the money and left, telling me I'd get my $250,000 the next day. The next day turned into the next week, because "banks were closed for Christmas."

I knew I was in trouble after Sammy attempted two angles during that session. The first was your typical shorting-a-pot trick (putting less money in than he owed and hoping no one noticed).

In another hand, after shoving, Sammy's opponent said "call" and flipped his hand up. Sammy threw his hand directly into the muck and argued vehemently to the dealer and the floor that his opponent had said "fold."

When they refused to side with him, Sammy tried to appeal to his opponent's sympathy for some of the pot back. This didn't work either.

Days later, I was told that another player in the game saw Sammy angle a third time, successfully shorting a pot against me.

Immediately, I was worried about my chances of being repaid. However, as I said, Sammy clearly had a lot of money. I remained optimistic, as it seemed clear he intended to stick around and play more poker, and that $250,000 wasn't a large sum to him.

Over the weekend I found out that Sammy was playing at Bellagio. I didn't want to play, but I decided to anyways in hopes that I'd be repaid. After that session, I managed to get back just $50,000.

If you're wondering why he was playing in a game instead of repaying me, trust me, I was too. He continued to insist that a wire was coming the next week and that he would pay me then. He needed the money he had left to gamble through the weekend.

"Don't worry, my friend," he repeated again and again.

Some other players spoke up on my behalf, asking the Bellagio staff if there was anything they could do. Sammy had more than he owed me sitting on the table. Unfortunately, but not at all surprisingly, their hands were tied.

After leaving for a short while, Sammy claimed that he had lost the rest of the money at baccarat. I continued to press him that night to repay me. Eventually he got angry and threatened to claim that he lent me $50,000 that night (on camera) and that I owe it to him.

He left, insisting that I'd see my money on Tuesday.

He didn't have it on Tuesday, at which point I had to leave for a family trip. I gave him my wire instructions and the name of other players still in Vegas he could give the money to. He acted very serious about making sure he got all the proper wire details.

From that point on, he dodged me for months.

Last week, after receiving a letter from my lawyer, he finally told me he wanted to talk. I called, cautiously optimistic while waiting for him to pick up.

Sammy answered, then pretended to be confused by my lawyer's letter. He told me that he "borrowed $50,000 and paid me back $50,000," and that we are square. I told him the conversation was pointless and said goodbye.

I now know of two other players who have been scammed by Sammy. If they (or others) would like to speak up, I encourage them to, but it's not my business to speak up on their behalf.

Many people scam for survival, or at least for greed, but I believe Sammy cheats and steals purely for sport. He's a reminder that wealth isn't a sign that someone can be trusted.

I hope that in telling this story I can prevent Mr. Touil from ever scamming another poker player. I hope that others can learn from my experiences, and that more players will speak up so that the rest of the community can learn from theirs.

My advice to other players, beyond the obvious, is to remember that those who scam and get away with it do so because of two things:

Lastly, remember that keeping the secret of a thief allows them to continue taking money from other people.

I really didn't feel like talking about this publicly and dealing with any drama, but more than that I don't want to give Sammy the satisfaction of doing this to someone else.

*Touil did not respond to PokerNews' request for comment.

Please note that the thoughts and opinions expressed in this article reflect those of the author and not of PokerNews.