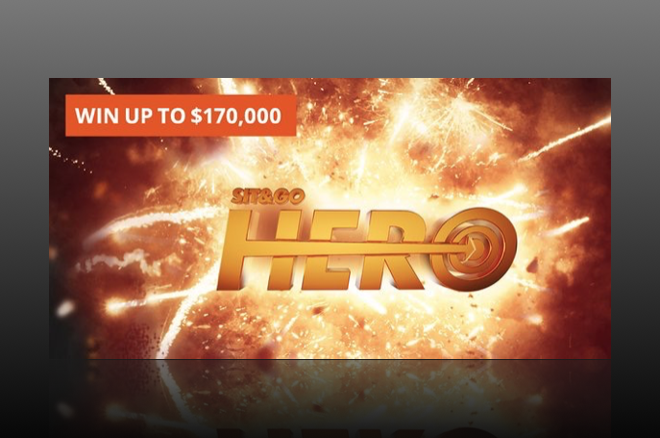 "We wanted to put a new twist on the traditional sit-and-go jackpot format and give our players something unique in the marketplace," Group Head of partypoker, Tom Waters, said at the launch. "With Sit & Go Hero, we believe we have done just that."

"Our existing bounty MTTs are very popular with our players and the added bonus of a bounty in every game of Sit & Go Hero, combined with huge jackpots of up to 10,000 times the player's stake, is set to shake things up for players of all bankrolls," Waters continued.

In line with the tradition inaugurated by Winamax back in 2013 and then made enormously popular by PokerStars' Spin & Go games, partypoker's Sit & Go Hero lets the players buy into sit-and-go games where the prize pool is randomly selected as soon as all the four seats are taken.

To spice things up, partypoker added one more element to the competition and introduced a bounty that is also determined at random and that can be worth up to $50,000.

As partypoker explained, most of the tournaments are winner-take-all games, with the winners walking away with 75 percent of the total prize pool and the remaining 25 percent going to the bounty.

How Much (And How Often) Can You Win?

Here's a complete overview of the payout tables of all the Sit & Go Hero games available at partypoker.