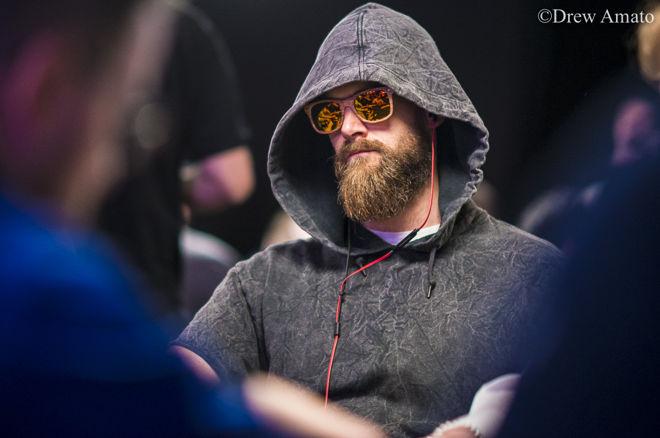 The final day of the World Championship of Online Poker (WCOOP) at PokerStars was a huge one with both the high and low versions of the Main Event coming to a conclusion, along with three other low events.

Van Zadelhoff, who is currently living in Malta, is no stranger to big wins. He has more than $7 million in online cashes according to PocketFives where he was ranked in 31st place in the world before the Main Event took place and is likely to move up to the top spot in the rankings when they update on Saturday after his big score. He is also well known in the live tournament circuit with over $1.5 million in live cashes according to The Hendon Mob where he is ranked in 13th place on the Netherlands All-Time Money List.

According to the PokerStars Blog, the second day concluded with just nine players remaining with van Zadelhoff in charge with one-third of the chips in play and a 3:1 chip advantage over his nearest opponent, Joshua "joshuah333" Herman.

Two players playing from Thailand were the first to go within an hour of Day 3 kicking off on Tuesday. Michael "imluckbox" Addamo jammed with ace-five from the button and was isolated with a three-bet jam by Finland's Heikki "Kekkhou" Piira with ace-king suited from the small blind. The board ran all blanks and Addamo hit the rail in ninth place for $120,630.

Next to go was "romanooo64" in eighth place for $166,961. He min-raised with jacks before being called by Brazil's Alexandre "Cavalito" Mantovani from the small blind. Van Zadelhoff jammed from the big blind with ace-king and got a call from "romanooo64" and a fold from Mantovani. "Romanoff64" was looking good to more than double-up until a king spiked the river to end his Main Event run.

Two more players were eliminated before the second break took place. First, Piira was eliminated in seventh place for $231,085 on a bit of a cooler when his pocket kings proved to be no match for the pocket aces held by Herman.

With less than a big blind remaining in his stack, Greece's Georgios "Geokarak" Karakousis, playing from the United Kingdom, called off with ace-queen against a raise from van Zadelhoff with ten-nine. The Brit was eliminated in sixth place for $319,838 after his hand was unable to hold with the board giving a straight to his opponent.

Austria's "JeremiieLand" was the next player eliminated in fifth place for $442,677 after he jammed with queen-eight suited and was unable to improve his hand after Brazil's Bernardo "Machadada RS" Rocha called with pocket sixes.

Mantovani exited the tournament in fourth place after he jammed his short-stack on the flop holding middle pair with queen-six and was unable to get another six on the turn or river after Herman called with pocket queens.

At this point, Herman had the lead. Van Zadelhoff grabbed the lead back before Herman once again was the chip leader with three players left when a break took place.

Rocha, with a little less than half the chips of his two opponents who were bunched tightly together asked shortly after play resumed, "wanna see numbers guys?"

The deal was quickly turned down with van Zadelhoff replying, "We can make it winner take all?"

About 30 minutes later, Rocha was eliminated in third place for $848,016. The Brazilian jammed from the small blind with ace-four and was unable to get there after he was called by van Zadelhoff in the big blind with ace-king.

Van Zadelhoff began heads-up play with a more than 2:1 chip advantage against Herman. Within the first seven hands, he was able to increase this to an almost 7:1 chip advantage.

The tournament ended after Herman jammed with ace-two suited from the button and wasn't able to improve his hand after he was called by van Zadelhoff with ace-jack. Like van Zadelhoff, Herman also had more than a million reasons to celebrate after collecting the runner-up prize of $1,173,713.

Afterward, Van Zadelhoff went out on the town to celebrate with friends including, "erikajax1" and "Ravenswood13", both of whom had massive WCOOPs.

This is how we celebrate big wins! About 2.4 million in WCOOP 2017 cashes here at the table! @svzff… https://t.co/M3NRaTU3CV

*Reflects deal made at final table