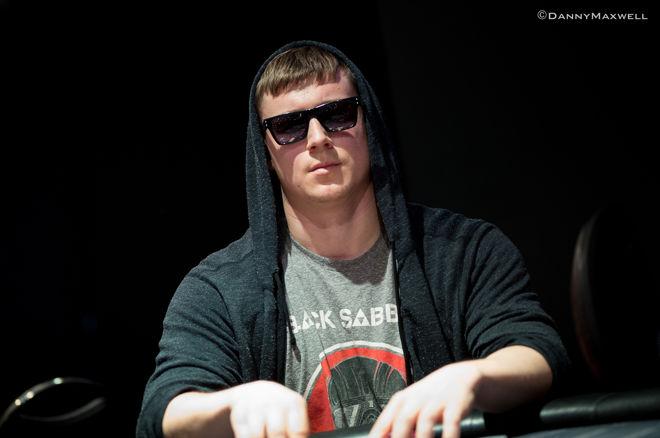 Swedish superstar Anton “antesvante” Wigg was among the big winners on Jan. 14 courtesy of him taking down the Bigger $109 at PokerStars.

Wigg was one of 1,829 entrants in the Bigger $109 tournament this week, a field that created a guarantee-busting $182,900 prize pool. Several notable players navigated their way into the money places, including Dennis “DBerglin” Berglin, Ludovic “ludovi333” Geilich, Russell “rdcrsn” Carson, and Owain “sngwonder” Carey.

The final table was a star-studded affair that grew less shark-infested with the elimination of Daryl “DJG1989” Green in eighth place. By the time only three players remained in the Bigger $109, the least amount of money any of the trio could win was $13,992. This is the sum awarded to Brazil’s “SitPro2011” who busted in third, which left Wigg and Mexico’s “LrdofDonkTwn” to go head-to-head for the title and the $27,539 first-place prize.

It was Wigg who emerged victorious, in the 180th online poker tournament win of his career. "LrdofDonkTwn" collected $19,629 for his runner-up finish.

The largest cash of the weekend went to the PokerStars account of the United Kingdom’s “panda713”. A recreational player with $15,000 in winnings at PokerStars, according to the PokerStars Blog, "panda713" mixed it up with the pros and came out on top in the Sunday Million to bank a cool $108,985 after a four-handed deal.

Some of the other notable victories at PokerStars on Jan.14 included:

Ukraine’s Roman “SanityWaterline” Romanovsky enjoyed a solid Sunday at partypoker thanks in part to winning the $150,000 Gtd High Roller for $28,569.

The second-largest cash at partypoker this weekend weighed in at $42,625. This is the princely sum awarded to “Zaymovishka” for taking down the $250,000 Gtd Title Fight, a tournament that Ireland’s Dara “okearney” O’Kearney finished third in for a $20,025 score.

Some of the biggest partypoker wins on Jan. 14 can be seen in the table below:

Finally, the notable results from the Sunday tournaments held at 888poker.

There was a well-known player crowned champion of the $15,000 Turbo Mega Deep. Canada’s Sebastian “p000cket000” Sikorski edged ever closer to $11 million in online winnings by adding $6,267 to his impressive tally.

Want a mention in this article? First you'll need an account at these online poker rooms. Get the best deposit bonuses here.