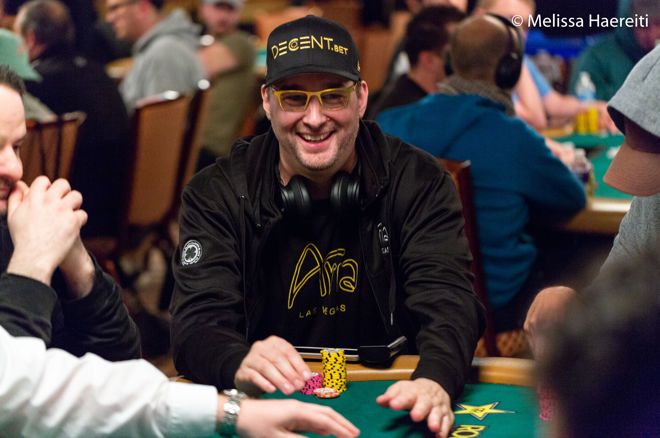 At the start of the year, partypoker announced some changes to their LIVE events, particularly a shift to all main events on the schedule becoming $10k buy-in freeze-outs. What other changes the partypoker LIVE MILLIONS events will reveal are yet to be seen, but one particular confirmed guest appearance stands out for the kickoff stop in Rio de Janeiro, Brazil.

Phil Hellmuth is known as a globetrotter, willing to jet out to a variety of events across the U.S. and the world if the value and experiences are attractive. He even has his own hashtag to help describe his lavish lifestyle: #PHNiceLife.

Soon, the Poker Brat will be able to cross off yet another exotic trip off his Poker Bucket List. partypoker MILLIONS South America will run from March 15-24, 2019 hosted at the Copacabana Palace Hotel in Rio, and Hellmuth is confirmed to be in attendance.

Look who's coming to #flyingdowntorio He can sing as well, what can't @phil_hellmuth do? Join him and us at… https://t.co/NhktJwss2a

We asked Hellmuth about his upcoming trip to Rio, which he has been hyping up on his social media channels. Hellmuth is no regular at partypoker LIVE events, but not for lack of interest.

“I would have loved to play in the Millions Bahamas, they even had a jet leaving from Vegas, but I had appearances booked (I charge $50,000 a night). Same with the one in Canada. I have been LONGING to play in more of the bigger poker tourneys. And it hurt to skip the WSOPE in 2018 (the first time I missed a WSOPE or WSOPA). partypoker LIVE is a great tour, and I’m glad that I can play in Rio.”

For MILLIONS South America, the stars aligned and Hellmuth saw an opportunity he couldn’t turn down.

“After missing too many big tournaments in 2018, and texting with Rob Yong, I discovered I had a gap in my schedule during the Millions South America. The fact that it was in Brazil was persuasive, and the fact that my wife and I could attend 'Carnival' sold the deal! Bucket list item, Carnival - check! Also, we both love Warren Lush, and he recruited me to come.”

"The fact that it was in Brazil was persuasive, and the fact that my wife and I could attend 'Carnival' sold the deal!"

Hellmuth plans to play a handful of high-value events on the schedule including the $1,100 Turbo Rio Open $1 million guarantee and the $10,300 Main Event $5 million guarantee. If he busts the main, he'll also fire the $10,000 High Roller $1 million guarantee. South America will be a new territory for The Poker Brat, though he’s mixed it up with a couple of Brazil’s best before.

“There are definitely some world-class poker players from Brazil. Felipe Ramos and Andre Akkari are both top top players. I haven’t played much against the other top Brazilian poker players yet... At a WSOP tourney a few years back, I whined too much when Akkari was at my table. He rightfully called me out for my bad behavior! He was 100% right! I apologized and he forgave me. Sometimes I’m a Poker Brat!

We asked the 15-time WSOP bracelet winner what adding a partypoker LIVE title to his poker resume would mean for him.

“Anytime I can add huge titles to my resume, the world takes notice. I seem to have a ton of 'Haters' and 'Doubters' that constantly attack my game, not my unparalleled accomplishments: they attack the way I play today. Fine, so be it. I use that as fuel. I don’t walk around thinking I’m great all of the time. The haters won’t let me! But, if I can win this, then they’ll have to shut up for a year (hopefully!). Winning my 15th WSOP Bracelet has shut them up for the last six months.”

As far as off-the-felt plans, Hellmuth has one main focus.

“Other than seeing the ‘Carnival,’ we have nothing else planned yet. But I’m sure wifey will look at touristy stuff in and around Rio, and we will definitely see a bunch of cool stuff.”

"If I can win this, then [the haters] will have to shut up for a year (hopefully!)."

When asked what he is most looking forward to about the Rio trip, Hellmuth responded:

Knowing he keeps a pretty packed schedule, we wondered if fans can expect Hellmuth to make more pp LIVE appearances after the Rio stop.

“We will see. I think the one in Canada fits my schedule, and it close enough, and The Canadian’s LOVE poker, and always treat me well. I LOVE Canada!!”

Her name is Rio, and she dances on the sand’’’’