Unibet Open Opens the Year on the Ski Slopes in Sinaia on Feb. 12-17 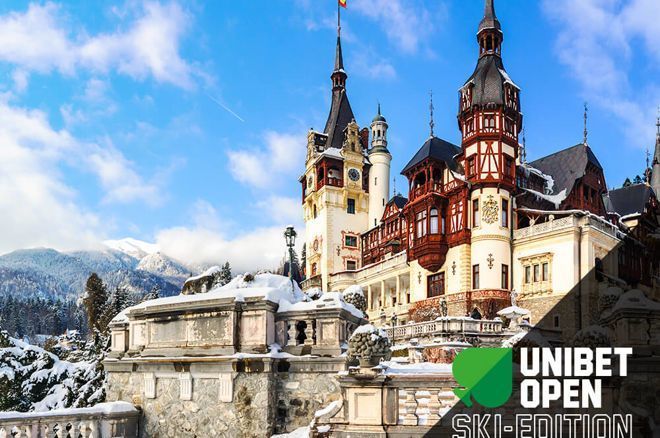 Running Feb. 12-17, the Unibet Open kicks off their twelfth season with their first-ever winter sports festival in Sinaia, one of the most majestic ski resorts in Romania.

Players attending the Unibet Open Ski-Edition Sinaia will have plenty of time to enjoy skiing, snowboarding, and other winter sports activities with all of the poker events beginning at 2 p.m. local time or later.

The resort, known as the Pearl of the Carpathian mountains, boasts 20 kilometers of slopes, five kilometers of ski routes, and an altitude range of 880-2,103 meters. It's located just 77 kilometers from the Romanian capital of Bucharest and 1.5 hours from the city's airport

Players looking for other activities away from the felt will have plenty to choose from with castles, promenades, parks, bars, restaurants, and luxury shops in the area. Well-known tourist attractions include Peles Castle, Pelisor Castle, the Sinaia Monastery, the Franz Joseph Cliffs, the Saint Anne Cliffs, and two royal train stations.

Of course, the Unibet Open will also treat its players to welcome drinks and an exclusive Unibet Open Ski-edition Players Party.

Although the venue is new, the festival's partner is an old friend as the Unibet Open Ski-Edition Sinaia will be run in conjunction with PokerFest Romania, the same team involved in the popular Unibet Open Bucharest festival in 2017 and 2018. Russia's Anton Vinokurov was the star of the show last year after outlasting a field of 592 entrants to win the Main Event for €103,060.

The early portion of the schedule features three popular invitational only events including the Battle of the Champions (Feb. 12), the Tag Team Championship (Feb. 13), and the Unibet Esports Battle Royale (Feb. 13).

The highlight of the festival is, of course, the Unibet Open Ski-Edition Sinaia €1,100 Main Event, which features three opening flights on Feb. 13-14.

Players kick off all three flights with 30,000 in chips. The first two flights feature 60-minute blind levels while Day 1C is a turbo-affair with 20-minute blinds. The tournament allows for one re-entry on Day 1C only for players eliminated on Day 1A or Day 1B.

Surviving players compete for three more days on Feb. 15-17 until a winner is crowned.

The PokerNews Live Reporting Team will be on hand to cover the Main Event and a live stream will be hosted on Twitch throughout the six-day festival.