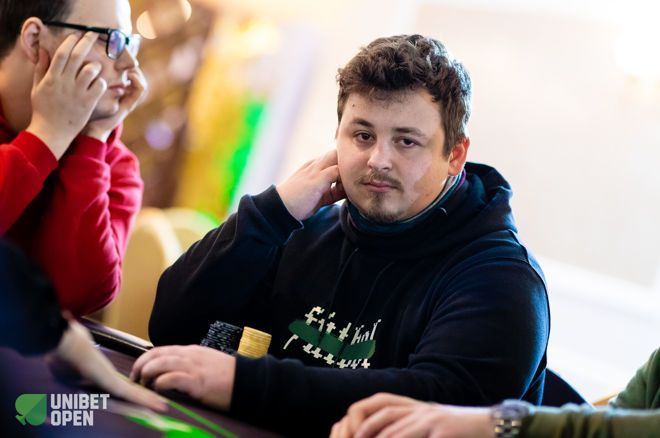 Day 1a of the 2019 Unibet Open Sinaia €1,100 Main Event is in the books and the ski-edition of the popular mid-stakes live poker tournament circuit is off to a good start thanks to 120 entries on the first of three starting days for the festival highlight.

Only half the field made it through the eight levels of 60 minutes each. The UK's Nikolay Ponomarev bagged up the lead at the New Montana Hotel, while two-time Unibet Open champion and Unibet Poker ambassador Dan Murariu is on track for another deep run on home soil.

Ponomarev topped the 56 survivors with a stack of 141,200, Finland's Johannes Vaeisaenen follows close behind with 139,500. Best local player on the first starting day is Andrei Jambor, who scored a dramatic late knockout with queens versus aces when he rivered the flush against top set and soared up all the way to 135,500.

Less fortunate were David Lappin and Quentin Lecomte, who both ran out of chips and will have to re-enter in the turbo heat 1c in order to join Murariu for Day 2. The list of Day 1a casualties also contains Tomasz Kozub, Johan Goslings, Christopher Cunliffe, Narcis Gabriel Nedelcu, Mateusz Moolhuizen, Georgios Tavoularis, Florian Duta, Robert Vukovic and Antoine Saout.

The day started with around 80 players in their seats and the only two-time champions Moolhuizen and Murariu were battling for another chance to make it three Unibet Open titles. For Moolhuizen, the first attempt came to an end in level six when his queen-high flush draw didn't get there. Sandor Hadnagy called in a battle of the blinds with ace-ten for the second pair and further improved to two pair on the river.

Adrian "NMPfan" Nica was the first player to boast a six-figure stack after a double knockout with ace-king suited versus king-queen and a short stack with nine-seven suited. Andrei Spataru flopped best with top two pair when the bigger side pot emerged, but Nica spiked an ace on the river to make the best hand. The second half of the day wasn't as kind to the Romanian, but he made it to Day 2 with 58,000.

In the final level of the night, 2017 Unibet Open Bucharest runner-up Robert Vukovic lost a flip with queens against the ace-king of Tymur Kasilov. Ultimately, more than half of the field bowed out and can take another shot the following day in the turbo heat. A bumper field is expected for Day 1b and the action will be streamed on the Unibet Poker Twitch channel.

Two of the popular Side Events took place on Wedenesday and claimed the spotlight of the feature table. First, the Tag Team Championship crowned a champion and it was the team of Alexandre Reard and John "Swifty" Pyle who claimed the bragging rights and a deluxe treatment at the spa.

After a short break, all nine esports streamers were back in action with Pyle right back at it. He seemingly couldn't lose an all in showdown on the way to back-to-back victories. However, his bid came short by one spot as Kevin "Rotterdam" van der Kooi took the lion's share of the €10,000 prize pool. The top three were supposed to be paid and the final four contenders made a bubble deal to ensure €300 to the fourth-place finisher.

That happened to be Kevin "Papaplatte" Teller, and he was followed by Radu "Rdu" Dima. Once the bubble had burst, van der Kooi was the overwhelming chip leader and reduced the field from three to one in consecutive hands. First he sent Dima to the rail with

as the board came

to give the Dutchman two pair. In the very next hand, Pyle held

and two live cards against the

of van der Kooi. On a board of

Most of the esports streamers will join the action on Day 1b of the €1,100 Main Event, which kicks off at 3 p.m. local time on Thursday, February 14th. The third and final heat with 20-minute levels then starts at 10 p.m. local time. Both starting days will feature eight levels and six levels of late registration, only players that busted in the previous two flights can re-enter and entirely new participants can also enter and re-enter once on Day 1c.

Tune back in for more action from here in Sinaia, as PokerNews will be your one-stop-shop for the remainder of the festival.

Dara O'Kearney Talks About His Past as Marathon Runner; Satellites, and a Close Call in Las Vegas