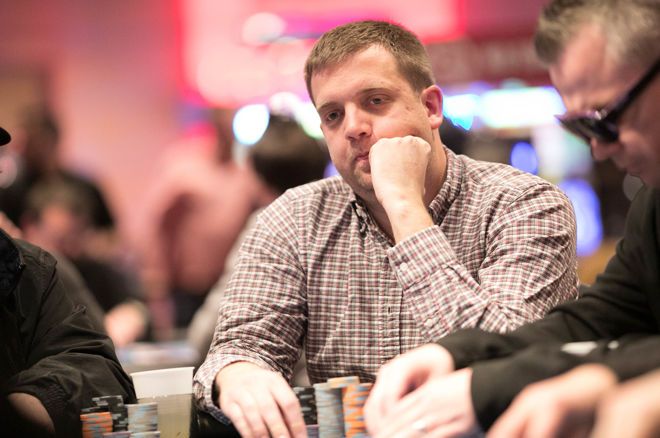 Day 1b of the HPT St. Louis is now in the books. After 280 entries and 15 levels of play, 53 are moving on and joining the 28 players that advanced from Day 1a.

They are all chasing Josh Mullins, who bagged the biggest stack on Day 1b and the second-biggest stack overall heading into Day 2. He doubled up early in Level 1 and never looked back, steadily building his stack throughout the day, which included a couple of monster pots.

Like Day 1a, Saturday saw no shortage of action, which included early coolers and three-way all-ins. Mullins doubled early in Level 1 after his aces held against the kings of another player all in preflop. In another early hand, Rieck went from worst to first with a rivered straight after a three-way all-in on the flop.

Some notable players to fall short of advancing include Dennis Phillips, Craig Casino, two-time HPT prelim winner Craig Welko, Jason Ramos, John Richards, Jeff Fielder, and two-time HPT champion Nick Davidson, who went out late in the day after losing a flip with sevens against the ace-king of Shawn Roberts after Roberts spiked a river king.

The 81 remaining players return Sunday at 11 a.m. local time and will play down to the final nine players, who will all be part of the Monday's final table, which is set to air on television at a later date.

The surviving players for both flights will combine at 11 a.m. on Sunday to play down to the final table. Once again the PokerNews Live Reporting Team will be on hand to capture all the action, so be sure to join us then.