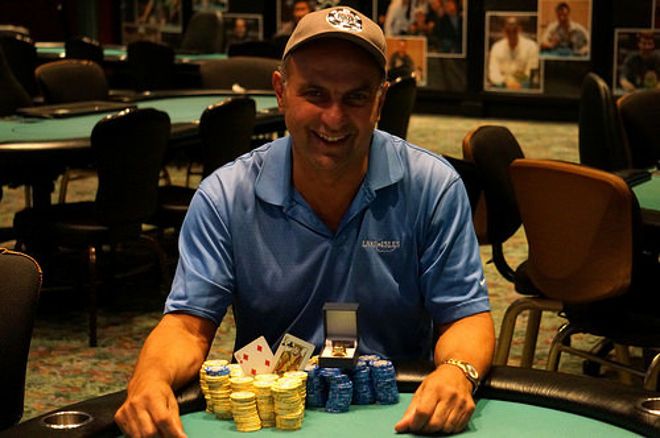 The 67-year-old Caputo, born Dec. 23, 1951, spent more than 20 years working the warehouse at Stop and Shop and was a proud member of Teamsters Local 443. On the side, the East Haven, Connecticut resident enjoyed playing poker and had quite a bit of success doing it.

In the WSOP winner report for his second ring, officials pointed out his celebrated status at Foxwoods, as well as his strong family devotion.

Caputo is somewhat of a legend around Foxwoods, and the supporters showed up on his rail in droves. When asked if he had any wisdom or advice for his young followers Caputo said with a smile, “You gotta win it on the river.”

Caputo is very much a family man, and his wife can often be found sitting behind him while he plays here at Foxwoods. “I am just happy to have two rings now, one for each grandchild,” Caputo concluded.

Foxwoods paid homage to the man with a tweet, which informed the local poker community of his death.

It's with a heavy heart that we say goodbye to our dear friend John Caputo. You are a Foxwoods Poker legend who was… https://t.co/Z9KuE58jlj

It didn’t take long for players to weigh in on the man most everyone considered a tough competitor.

“A true legend on and off the felt,” said Andrew Lauer. “RIP Caputo. You will always be missed but never forgotten.”

Patrick McConnell added: “Hard to put into words what this legend meant to the Foxwoods Poker community. John was the type that would ship $40K at the Woods then late reg the Mohegan $120 just to share the moment with his people. He was a man of the people and the people loved Johnny.”

Johnny Rodrigues echoed those sentiments: “John’s smile and warming personality will always be missed but never forgotten, and it's so sad to see such an amazing man gone too soon. R.I.P.”

He was laid to rest last week in St. Lawrence Cemetery.