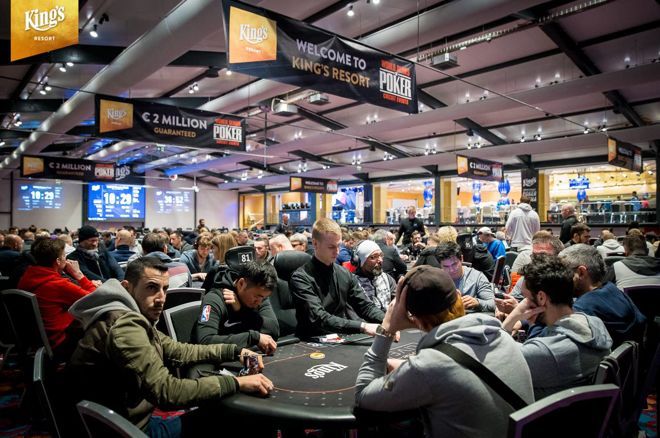 The WSOP International Circuit Rozvadov that started March 14 and runs through April 1, has been generating tons of action at King's Resort, Rozvadov. The festival will award a total of 15 gold rings with buy-ins ranging from €299 to €5,300.

Thus far, a total of nine players have found themselves holding WSOP Circuit gold with six more rings still to be handed out. Two more gold rings are scheduled to be awarded on today, March 28, when Event #11 €2,000 Pot-Limit Omaha High Roller plays its final day and the one-day Event #12: €5,300 No-Limit Hold’em High Roller with a €100,000 guarantee begins and ends.

The Main Event, which will be covered by PokerNews alongside the High Roller, provides plenty of action with players starting with 50,000 in chips and blinds increasing every 45 minutes during each of the two opening flights on March 29 and 30. The tournament allows for one reentry per opening flight. One last reentry option is available before the late-registration period closes (end of the second blind level of Day 2 on March 31.) Blind levels will increase to one hour on the final day on April 1.

Here is a look at the winners heading into the action on March 28 at the WSOP International Circuit.