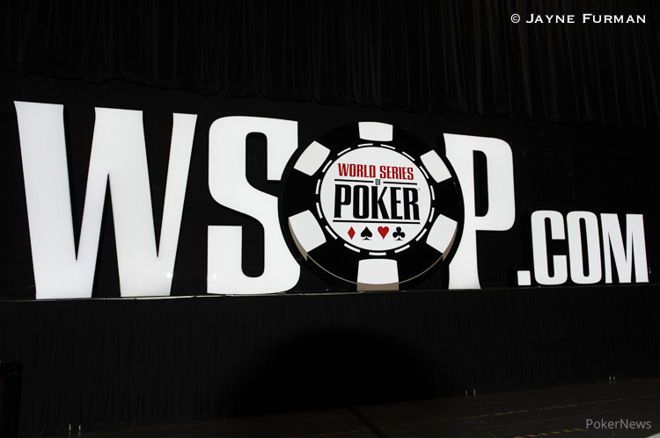 While the World Series of Poker Circuit rolls along with concurrent stops at Bicycle Casino in Los Angeles and Harrah's Atlantic City, a third stop was ongoing during both of those for an unprecedented hail of rings available to poker players in the U.S.

The WSOP.com Online Circuit wrapped up on Sunday with the conclusion of the $525 Main Event, and just like the first iteration that took place in the fall, this one met and exceeded expectations from the WSOP staff.

The series, which featured 13 ring events, surpassed every guarantee despite the fact that the guarantees were bumped up after the October series. In total, $1,719,280 was awarded as both entries and prize pools increased relative to last year.

"The online circuit events are proving to be exceptionally popular with players," said WSOP Head of Online Poker Bill Rini. "We experimented a bit with limiting the number of re-entries in certain events and we're seeing that this is a popular option, resulting in even bigger prize pools than in some of the unlimited re-entry events."

Here's a look at the two series side-by-side for an easy comparison, with 2019 numbers followed by 2018 in parentheses. All events are no-limit hold'em unless otherwise noted:

As one can see, guarantees went up across the board with the exception of the $100,000 Monster Stack, sometimes significantly so. Not every event was up, as attendance dipped slightly in Event #5, Event #8, Event #9 and Event #11.

But on the whole, the WSOP team is happy with the results, with VP of Corporate Communication Seth Palansky saying the strategy of raising guarantees proved "successful."

There William Romaine of Riverside, Connecticut shipped the biggest score of the series when he defeated a field of 770 to snag $92,400 and his first gold ring. Romaine previously had only about $20,000 in WSOP cashes.

Despite falling a little short in the Main, Maio didn't walk away from the series ringless as he did take down the pot limit Omaha event for $15,390 and his first Circuit ring. Also among the players taking gold were Matt Stout and Ralph Perry.

Future of the Online Circuit

Originally, the WSOP scheduled a one-off online ring event last February, won by Anthony Spinella. It proved to be a precursor to the full-blown online Circuit "stops" that took up two spaces on the schedule for the 2018-19 Circuit season.

Unfortunately, just as the WSOP seems to be finding its stride with online ring events, a massive cloud of uncertainty has hit the U.S. online poker market. The revised Department of Justice opinion has cast doubt on the future of the shared liquidity market.

That shared liquidity was likely one of the driving forces behind the online ring events, as it made possible much bigger prize pools, comparable to many live Circuit stops, by giving access to a much larger player pool.

The WSOP is currently grappling with the issue, having scheduled nine online bracelet events without confirming whether individuals from New Jersey will be able to play once again.

"We anticipate holding more online Circuit events but dates have not been finalized yet," Rini said.

Short Deck at the WSOP: Why and How it Happened