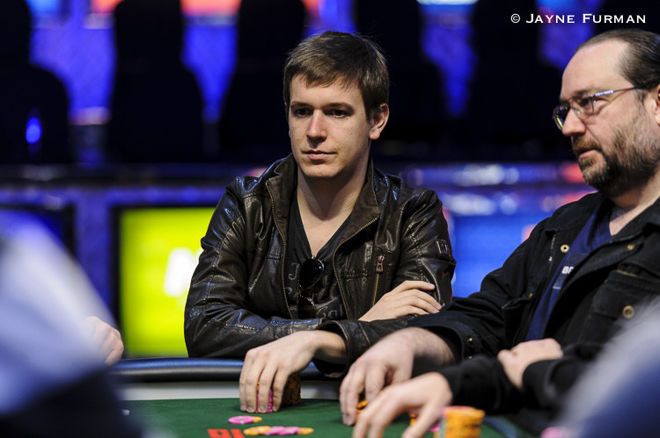 Richard Lyndaker, a poker player who built a reputation as one of the top online cash competitors in the world, died at age 33 due to an accidental overdose of painkillers, according to a report on TwoPlusTwo. PokerGO, who was live streaming the Triton Million at the time, mentioned Lyndaker's passing on stream not much later.

The initial poster of the 2+2 thread, who claimed to be a close friend in touch with Lyndaker's family, said the nosebleed legend died in his San Diego apartment on either July 29 or July 30. The poster said the medication was prescribed due to a recent soccer injury and added that he or she wanted an accurate account of Lyndaker's death reported.

"He was truly a legend of our game," the person wrote.

Hailing from New York, Lyndaker initially emerged as a force in poker in 2008. He had started off honing his game as one of the most prominent members of the old FlopTurnRiver community in the years before that, posting and discussing numerous hands as he moved into mid-stakes games under the now-famous moniker "nutsinho."

In 2008, according to an interview he did with CardPlayer, his game took off after he linked up with Tom "kingsofcards " Marchese and William "Altrum Altus" Reynolds.

That summer, he broke through with a huge live score, taking second at the World Series of Poker in a $5,000 event for $570,551, which would stand as his biggest cash.

Online, he continued to ascend. By the next year, he was one of the most successful regulars in the $25/$50 games on PokerStars. The year after, in 2010, he was the top-earning player in all PokerStars high-stakes cash games, according to HighStakesDB.

Though he'd eventually downswing seven figures in those tracked games according to HSDB, he remained competitive in poker's upper reaches. He reportedly grinded some of the biggest games on offshore U.S.-facing sites while moonlighting as a tournament player here and there, amassing more than $1.8 million in cashes.

Lyndaker's last registered live cash came from the 2018 World Series of Poker where he made a deep run in the Event #49: $10,000 Pot-Limit Omaha 8-Handed Championship, finishing in ninth place for $67,210.

Any surprise death at such a young age is bound to leave those touched by the individual shocked and deeply saddened, and Lyndaker's case is no different.

Top players and railbirds alike mourned together in the TwoPlusTwo thread, while others shared their sorrows on Twitter.

"Heartbreaking to hear about losing Richard ‘nutsinho’ Lyndaker," Jason Koon wrote. "He had so much raw talent and was always very kind. RIP."

Doug Polk shared his thoughts on Twitter as well: "Wanted to take a moment to say how sad I am that Nutsinho passed away. I remember watching Stars NL 5k back in the day and thinking "this guy is an absolute sicko". It was seeing guys like Rich play that made me dream big in poker, it just feels so unfair that he is no longer with us. I only hung out with him a few times over the years, but I can say he seemed to have a good heart and was a genuine human being. The poker world has lost a legend, and I hop at this moment he is 3 betting someone light up in there in the clouds (RIP Rich)"

3 Things You Need to Know About Mongoose Casino Bonuses